Opening Session of the 2012 FAES Campus 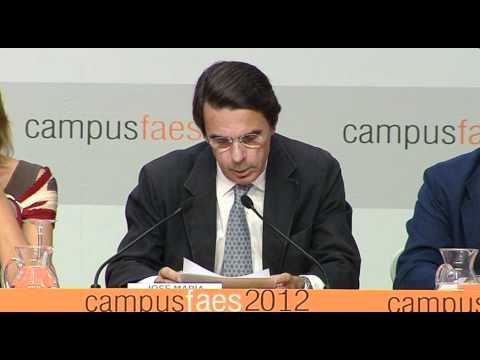 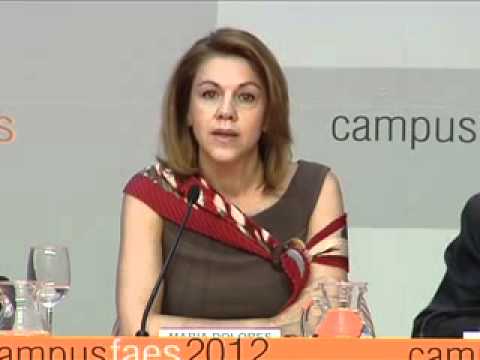 Navacerrada (Madrid), 29.06.12.- The former Prime Minister of Spain and president of FAES Foundation, José María Aznar, has opened today, Friday June 29, in Navacerrada, the 2012 FAES Campus, with the secretary-general of the Partido Popular and regional president of Castilla-La Mancha, María Dolores de Cospedal. Aznar stated that “right now, there’s no better way of serving Spain than to help the Government unreservedly, help it carry out the huge task it has been entrusted with”.

Aznar remarked that “now, our sense of responsibility has to express itself as a constant disposition to help. Not alerting but encouraging. Particularly there where active politicians need it the most, the medium and long term view on strategic proposals”. “Let’s make this Campus an exercise of responsibility and exemplarity” he added.