Address by Ernesto Zedillo during the First Day of the Campus 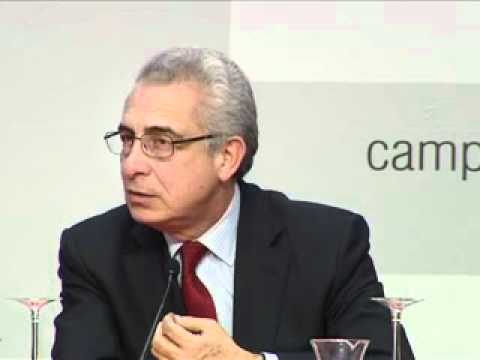 Navacerrada (Madrid), 29.06.12.- The former president of Mexico, Ernesto Zedillo, has participated today, Friday June 29, in the first day of the 2012 FAES Campus, being held since the morning in Navacerrada. During his address, Zedillo stated that “Spain, one of the key areas of what’s happening in Brussels, is the testing ground of something much larger than the Spanish economy”, therefore, “if it’s not protected and supports, it will lead us to an extremely serious situation”.

Furthermore, Zedillo stated that he trusts that they “will acknowledge that what’s at stake is not just the economic stability or instability of a member country, or several of them, but the existence itself of the project”. In this sense, he stressed that “a major uncertainty in the behaviour of the economies of the United States and the Latin American countries, and even the Asian counties, has to do with what’s happening in Europe”. “If the European project fails, a worldwide economic integration will be in doubt, an integration which could convey the well-founded hope that perpetual peace is possible”, he assured.