Key Issues on the Economic Crisis: Is This a Global Crisis? 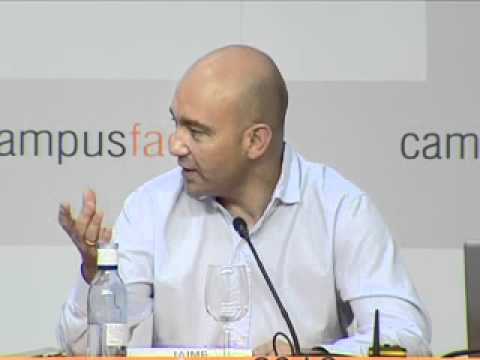 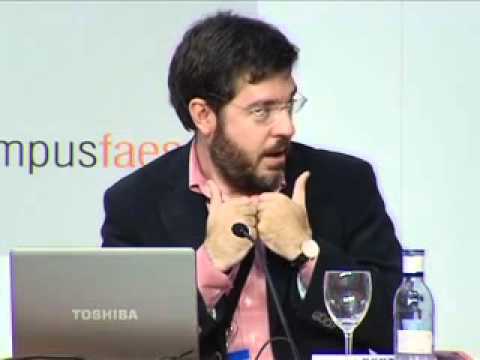 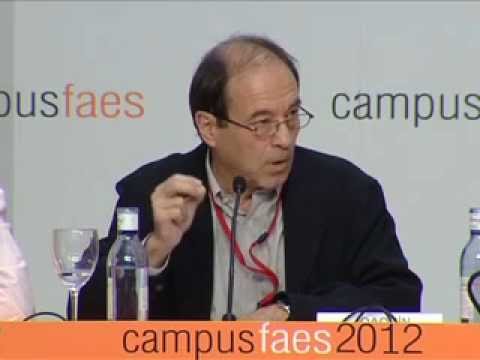 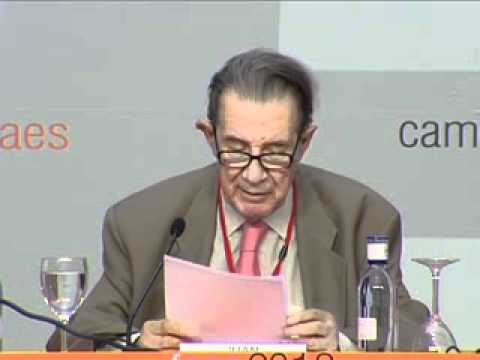 Navacerrada (Madrid), 30.06.12.- The round table “Key Issues on the Economic Crisis: Is This a Global Crisis?” has ended the second day of the Economics course of the 2012 FAES Campus. The speakers invited to this table have been the deputy Minister of Trade and member of FAES’ Board of Trustees, Jaime García-Legaz; the executive director of the Instituto de Estudios Económicos, Joaquín Trigo; the deputy secretary-general for Economic Labour and International Affairs of the CEOE, Alberto Nadal; and the Prince of Asturias for Social Sciences Laureate and member of FAES’ Board of Trustees, Juan Velarde.

“The crisis could’ve been global, it did become so, but some time ago it ceased to be thus. Up to a certain point, it is an American crisis, and above all, a genuinely European crisis. In many parts of the world the word crisis is never pronounced; it either doesn’t exist anymore or its effect have never been felt”.

“The same financial crisis may generate huge damages in some countries and scarcely any in others. The former is the case of Spain, a country which had all the conditions to suffer the damages of the financial hurricane”.

“One temptation before the loss of economic weight, in a crisis situation, is trying to keep the same standard of life with debt. No one likes to admit that they need to lower their standard of life because economic circumstances have changed, it’s something difficult to assimilate”.

“The temptation is to keep that spending level by resorting to debt. Those in office in 2008, besides saying that those who tried to warn of the consequences of the external deficit and of the balance of payments were doomsters, used to say ’everything’s okay, we’re in a monetary union and we have unlimited access to credit and can indebt ourselves as much as we want’”.

“Spain has lived way above its capabilities for many years. We used to spend 10% more than we could afford, we have gathered a huge debt and now we have to pay it with its corresponding interests. Spain needs to produce more, to work more, to work better and spend less; it needs to generate a balance of payments surplus, and this means spending less than what you produce. The next years we can only spend less and produce more, to get out of the crisis. We must start returning our debt, and this is not only achieved by generating net savings but also selling real estate and business assets”.

“A good economic policy shortens the years needed to recover”.

“What we have before us now are years to recover competitiveness, to get over our stagnation and years of public sector adjustment”.

“The labour reform devised by the Government is the correct response, because it has broken duality and the conglomerate of collective bargaining, although it’s only the first coat of pain that must be left to dry before seeing the results”.

“The crisis is indeed global and comes from outside in part; but particular Spanish characteristics of its public sector, labour market and real estate market are what make it particularly tough and its imbalances particularly big for Spain”.

“The worst inheritance left by José Luis Rodríguez Zapatero is the loss of the triple AAA of the Spanish Treasure, which was the sole economic agent which offered funding possibilities”.

“We were told that the Spanish banking system was the most solid in the world, but nobody saw the reports”.

“The source of the crisis lies on excessive public spending, on the obstacles to create businesses, and that we were told that we had the best trained youths of Spanish History, and one cannot assert this given school dropout rates”.

“Companies have earned this crisis 100%, even though there are also other responsible agents”.

“To increase competitiveness something new is needed, and this is called business alliances, which aren’t made because there’s no tradition to do so and because of fear, therefore Spanish companies know how to compete but not how to collaborate”.

“Spain had five options in this economic crisis: making a hard adjustment to re-establish competitive capability; a debt release; abandoning the euro; waiting until Europe’s political and fiscal union cleared out; or pressing for a two-speed Europe”.

“Spain has chosen the first option because succeeding in making a very tough adjustment is the only thing that will save us”.