Latin America and the Constitution of Cadiz 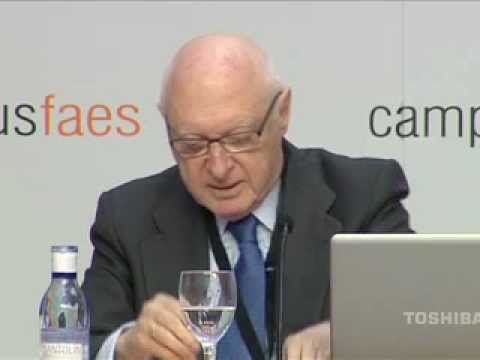 Navacerrada (Madrid), 02.07.12.- The 2012 FAES Campus has started the first day of its course on International Affairs dedicated to Latin America. Its first conference, ‘Latin America and the Constitution of Cadiz’ has been addressed by the former president of Colombia, Belisario Betancur and the former minister for Foreign Affairs, José Pedro Pérez-Llorca, who have stressed the influence and international significance of the 1812 Constitution.

“Spain is not a problem; Spain has problems, just like many other countries around it; it is by asserting its capability as a Nation that Spain should project itself to the outside ".

“The Cadiz Constitution became the liberal political myth of the time; it was defined as the bastion of the most advanced system of that time and unprecedented in History ".

“Amongst the milestones the Cadiz debates is the passing of the equality of rights between the Spanish form Europe and those from overseas, a very important proposal for the political future of Spain”.

“The Spanish dominions on both hemispheres decided to create a sole monarchy, a sole nation and a sole family”.

“Between federalism and Jacobinism the Spaniards favoured a centralised monarchy; the current model of regional councils and delegations arises from that Constitution”.

“We are all children of ‘la Pepa’, which established a final methodology of equality among the Spaniards of Spain and those of Latin America ".

“The ideas of reason are the substance of that Constitution, they were introduced in Latin America and gave rise to the previous texts anticipating the achievements of the Cadiz Magna Carta”.