Institutions and the Rule of Law in Latin America 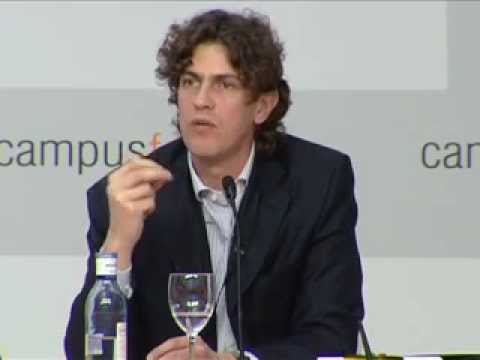 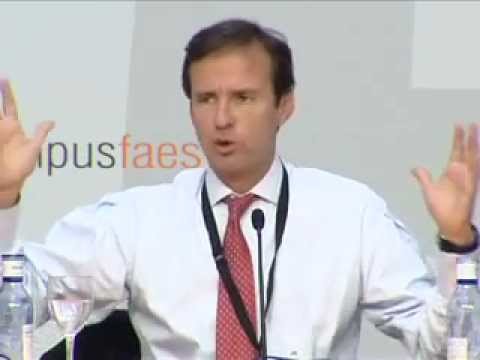 Navacerrada (Madrid), 02.07.12.- The sessions on Latin America celebrated by the 2012 FAES Campus have ended with the conference ‘Institutions and the Rule of Law in Latin America’. The speakers at this round table have been the former president of Bolivia, Jorge Quiroga; and the former minister of Economic Affairs of Argentina, Martín Lousteau. The deputy director of FAES’ International Affairs department, José Herrera, has introduced the table.

“In spite of the good economic moment that Latin America is going through, it is painful to see how part of the economic prosperity has been used to propagate practices which are deeply at odds with the Rule of Law and freedoms”.

“In Bolivia, the Rule of Law has been thrown out the window and now it is a ’Rule of Whim’”.

“Regarding Venezuela, those projects do not belong to the left or to the right; they’re ambidextrous to take power and one-armed to make constructive policies […]. They’re populist to get there, hegemonic to stay and tyrannical to perpetuate themselves. And that’s what destroys the most both institutions and the Rule of Law”.

“The main problem of the region is the insecurity arising from drug-trafficking, which has used the fertile ground of institutional destruction. Danger is not in Mexico, but Guatemala or my country have to be on guard”.

“Latin America is going through a good economic moment due to the development of many countries which have benefitted from Chinese prosperity and which have implemented some good practices regarding social policies. Before, Latin America was the first to suffer contagion from any crisis”.

“Three of the G-20 seats belong to the region, which is growing three times more, has half the debt, has reduced poverty from 50% to 35% and has created new middle classes in ten years. If in 2002 somebody had said this, it would have seemed magical realism ".

“The work was well done. The arrival of Spanish investments brought with them good institutional practices. This has given as a result a solid framework of fiscal and financial regulation”.

“The essential challenge of the region is designing an IPED product: Integration (greater development given the economic situation); population (defence of the poorest sectors and the immigrants); Energy (ensure a good future thanks to fuels) and joint strategy against Drugs, an issue that’s going to mark the immediate agenda between the United States, Mexico and Brazil”.

“Institutions and the Rule of Law must undergo an essential test consisting in having a new regulation when the “shock” of the crises arrives. The Rule of Law must provide us with a body with which to act before these challenges and it has to be clear, reliable, transparent, accepted and flexible. Clinging to the Rule of Law as a panacea that mustn’t be changed is a problem as it constantly changes and develops itself with time".

“You only realise of what the Rule of Law means when it is absent and ceases to be a system of laws and institutions restricting government action to privilege individual rights”.