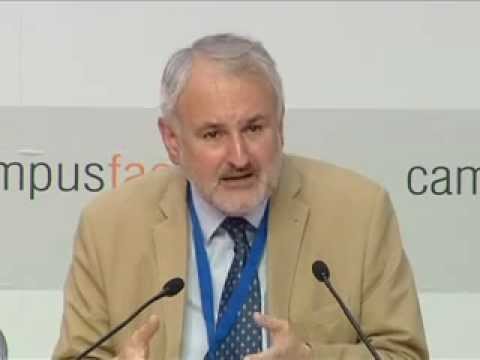 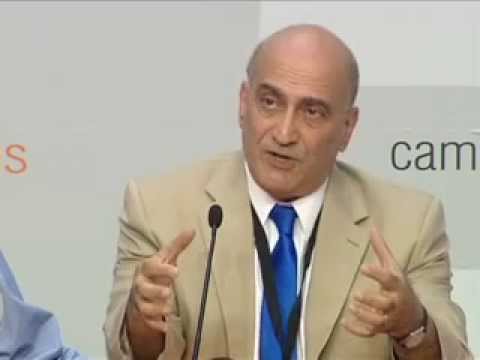 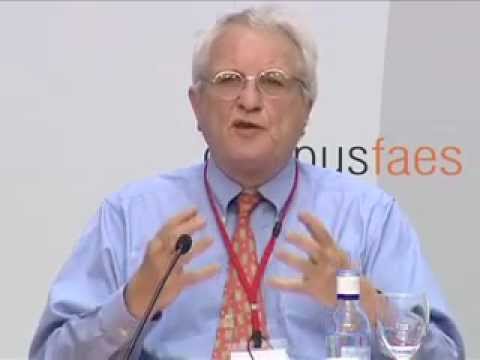 Navacerrada (Madrid), 03.07.12.- The round table on the ‘The Arab Summer’ has put an end to the second day of the Foreign Affairs Course held in the 2012 FAES Campus. The speakers invited to debate this issue were the director-general of the Centro Sefarad-Israel, Florentino Portero; Republican candidate Mitt Romney’s advisor, Walid Phares; and the Published-Editor of Die Zeit, Josef Joffe. The table was introduced by the deputy director of FAES’ International department, José Herrera.

“Europe will not be able to settle on a joint stance toward the Arab world. There won’t be a joint policy or an Atlantic agreement. Therefore the West is going to relinquish having any influence due to impotence and because it doesn’t know what it wants, and it’s going to try to avoid the storm in the safest possible manner”.

“The most relevant fact to understand the revolts is the demographic issue and the economic incapability of meeting the demands of the youths when they wish to access the labour market. The problems of the population are solved through immigration or war. For many years there was a massive population exit to Europe, therefore it’s no coincidence that the European economic crisis has occurred at the same time as the revolts, as the natural escape valve has closed”.

“The ‘Arab Spring’ revolts were, at the beginning, a freedom movement which has ended up in the hands of the Islamist forces. Civil society forces set the difference, while the Muslim Brothers and other regional and Salafist movements, better organised and funded and with greater power in the media, hijacked the drive”.

“The difference between Egypt and Syria and between Syria and Libya is that Syria is not an isolated country, it has the support of Iran, of important politicians of Iraq and of Hezbollah. Therefore, any type of international intervention will not only confront Assad’s regime, but actually four regimes of the region. Syria is going through a pre-civil war situation and if the United States and Europe don’t have a strategy against Iran, they don’t have it either for the former, because they’re very similar”.

“The region scenario consists of Islamist regimes with military and a more diversified and younger opposition. In Egypt, Islamist will implement measures to show they’re not going to be a Taliban society. While in Tunisia, with a strong presence of a liberal secular opposition, it’s going to be different. In Libya, the forces of this secular opposition are not organised, and this will make the country become more Islamist. And in Syria, as long as elections are held, we will be able to see in the opposition a repetition of Libya’s situation”.

“Neither a revolution nor elections are the equivalent of democracy. Neither are social networks. Facebook and Twitter are simulations of reality, they’re not reality. And western nations do not necessarily lead to democracy either”.

“In the last 15 or 18 months, the West has mistaken demonstrations for democracy, when it should have analysed coolly what’s needed for democracy to come about ".

“Democracy depends on development, and its ingredients are a level of wealth, a free market, strong middle class, a feeling for reason, and equality before the law. The Rule of Law always arrives first and democracy next, something for which the Arab land is yet not fertile enough”.

“If rebels get to Damascus, vengeance will come first, and then reforms. Civil War must be avoided at all costs and everyone involved must be protected. Nevertheless, if you get in you have to stay, and if you get involved things could get sticky”.

“We should bear in mind that building nations takes decades, and not even the greatest democracy of Earth can do that”.