Approaches to solve the Eurozone Crisis 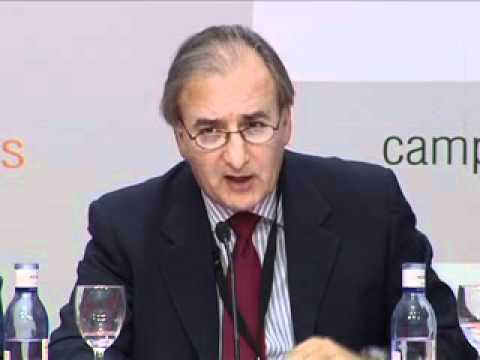 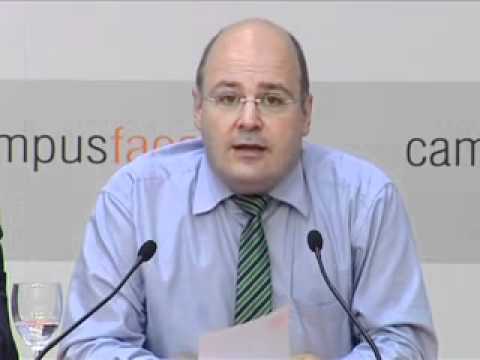 Navacerrada (Madrid), 04.07.12.- The German deputy minister for Finance, Steffen Kampeter, has been one of the speakers of the 2012 FAES Campus, with a conference on the ‘Approaches to solve the Eurozone Crisis’. Introducing him were the director for Spain and Portugal of Konrad Adenauer Stiftung, Thomas Stehling; and MP for Cuenca and spokesman for Foreign Affairs of the Popular Parliamentary Group in Congress, José María Beneyto.

“The European Summit has shown that each country is responsible for creating competitiveness in their nation and establishing a balanced budget, and also of stopping their banks from being a risk to the European Union. We cannot think in terms of winners and losers, but rather in the common interest and on trying at all costs to solve this task both at a national and a European level”.

“Summits are only jointly won or lost. I was surprised to see that last Friday’s measures received such different appraisals in the different countries. The German government is very aware of its role in Europe, but Germany alone is not Europe. An only horse cannot pull the European cart. We need 17 horses for the economic integration and 27 for a united Europe”.

“We must listen with a critical spirit when the United States asks Europe to socialize debt, because that’s something they would never do […]. If they demand Eurobonds it’s only to stir up a debate in order to divert attention”.

“We must analyse with a critical spirit the many advices we are receiving from the Anglo-Saxon and extra-European world, who ask us to get even more indebted or whatever. These comments reflect the interests of those competing against the euro. We must be very careful and not listen to false friends, we must develop a greater self-confidence and not become the executer of global markets, whose interests are different to those of governments”.

“I believe we should transfer capacities to higher levels in certain fields. A European Finance Minister would not have as his or her final aim making De Guindos or Schäuble superfluous, but rather making their work more effective. It would not be a relinquishment of national sovereignty but a search for a political answer to the new international necessities”.

“It’s of little use to risk a united Europe for national fruits in the short term. The important question is to see which common challenges, opportunities and problems are facing Europe”.

“The greatest challenge is not abandoning populations and offering them perspectives: a more comprehensive integration, a greater supervision, improvements in social policies… In the Europe of the future we’ll see that European policy is domestic policy, and therefore greater transparency and citizen involvement will be necessary”.

“The commitments of the Spanish and German governments are crystal clear, the same as the road map to a political union is very clear and ambitious and shared by the Spanish Government”.

“Spaniards are prepared to relinquish part of their sovereignty for the European Project. The Spanish-German alliance is natural and strong because we share objectives, principles and values, and what’s left is adjusting approaches, sensitivities and crisis perception”.