A New Narrative for Europe 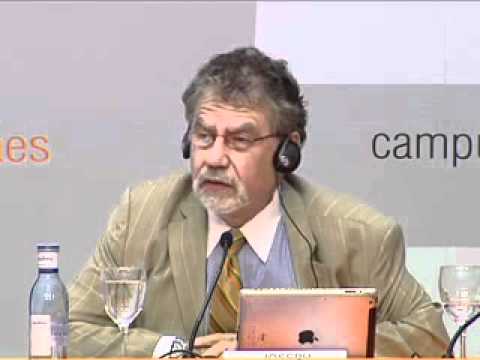 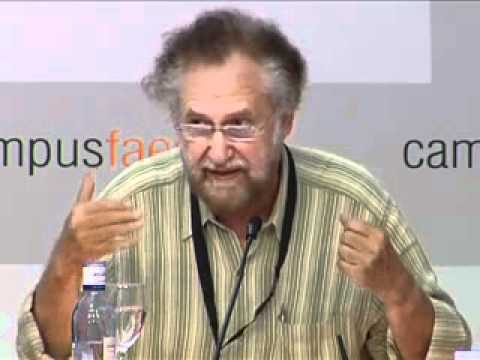 Navacerrada (Madrid), 04.07.12.- The International Course of the 2012 FAES Campus has ended with the dialogue ‘A New Narrative for Europe’. The speakers have been the director of the Jean Monnet Center for International and Regional Economic Law and Justice of New York University, Joseph Weiler, and the president of Analistas Socio-Políticos, Víctor Pérez-Díaz. Charing the dialogue was the former minister of Foreign Affairs and member of the Spanish Council of State, Ana Palacio.

“The European Union has suffered an institutional failure, as the European Parliament has turned out to be an irrelevant actor in European political life, the Commission has become a very efficient secretariat for what others decide to do, and the Council has dedicated itself to settling what ’Merkozy’ had previously decided. The other day Monti and Rajoy featured the exception which proves the rule”.

“The European Union has failed in other ways as well. In the first place, in the principle of representation which, in the case of Europe, is an empirical proposal. It doesn’t matter if the majority is centre-right or centre-left, as it doesn’t get translated in the results of policies and the preference of voters doesn’t translate into actions. Likewise, the principle of responsibility has failed, as we don’t have a government in Europe and, therefore, we can’t sack those we don’t like: we can have governance without government which is a design flaw. There’s no political responsibility and no one has paid any price for failing in many occasions, like in the Lisbon Treaty or with the euro”.

“This project has failed for many reasons, among them because the citizen clause says that European citizens have certain rights, but in the list there’s not a single duty of loyalty or solidarity. European citizenship has not taught people what to give, and you can’t only take”.

“The crisis could be useful as a mirror to look at ourselves as citizens and see we’ve lost the republican spirit, which consists in feeling and acknowledging that the European Union belongs to us, and not that the people belongs to it”.

“The European narrative is the narrative of an economic governance crisis and a complex social and cultural undercurrent which we don’t know how it will end. There are two possibilities: a derailing in a couple of years or the alternative of building unity from variety and diversity, like in the US, through a mutual learning process”.

“We are internalising with difficulty a European construction as we hadn’t done before. Up to now we had not really paid attention to what was being said and done in Europe and thanks to the crisis we have improved in terms of building a European public space”.

“This is an opportunity to build a capital of political confidence in Europe which right now doesn’t exist. The conversion of an impossible diversity into a corrected diversity through a process of mutual accepted corrections has to lead to ‘us’, as without it we won’t have sufficient motivation to pursue the European project”.

“Behind the economic crisis there’s an existential crisis, the need to ask ourselves why we should build Europe”.

“We must re-politicize that building process and seek its legitimacy, whose original source was clearly political, but which now is structured according to functionality and prosperity”.