Monday, July 1, on the first day of the 2013 FAES Campus Round Table: The European Monetary Policy and the ECB's Role 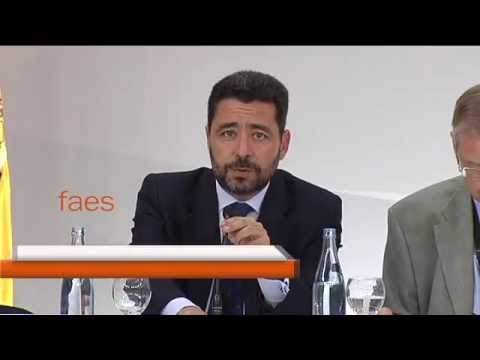 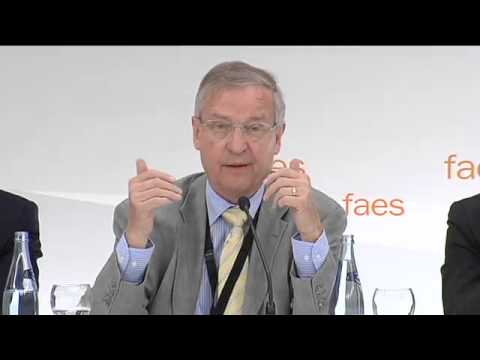 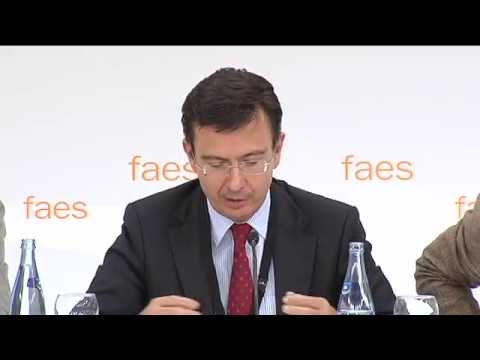 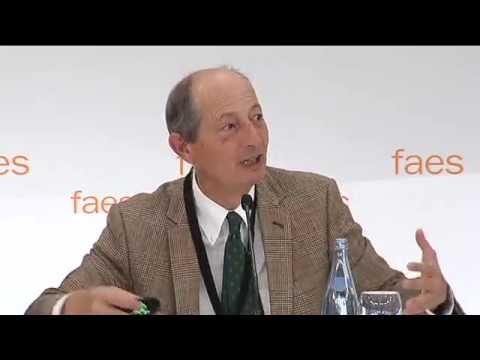 _ Donges: "The more successful government policies are the better the ECB's strategy will work and its efforts will not be in vain"

_ Escolano: "If we want the private sector's funding to grow we need to go back to austerity in public finances"

_ Fernández: "Everybody agrees that banking union is the way out, the problem is that we do not agree on what that is"

The first day of 2013 FAES Campus has continued this afternoon with the celebration of the round table 'The European monetary policy and the ECB's role'. It was introduced by the Director of Economics and Public Policy at FAES, Miguel Marin, and has hosted as speakers Emeritus Professor at the University of Cologne, Juergen Donges; the Chairman of the Official Credit Institute, ICO, Roman Escolano; and the lecturer of IE Business School, Fernando Fernandez.

Juergen Donges has said in his speech that "The more successful government policies are –not monetary entities' policies– the better the ECB's strategy will work and the efforts it makes for economic recovery will not be in vain. But the onus is on governments with structural reforms and fiscal adjustments".

Donges said in this regard that "the ECB has no real ability to stimulate economic activity" and that measures such as lowering interest rates "are just a symbolic act based on hope but which has no great effectiveness". In his view, that strategy "is questionable as long as European economies, especially the peripheral ones, continue to be burdened by structural weaknesses that are reflected in insufficient levels of productivity and competitiveness."

The German Professor added that "If there are deep structural problems, and I believe that there are, they cannot be solved just with cheap money or regain confidence in that way". Donges has held that "although fear with regard to the fracture of the European Union has disappeared, rates have gone down and states can refinance themselves, we still do not know if that will be enough".

For his part, the President of the Official Credit Institute, Román Escolano, said that "If we want the private sector's funding to grow we need to go back to austerity in public finances". In his own words, "monetary policy leads to an improved public sector fiscal position that reduces the 'crowding out' effect of the private sector". The problem, in his view, is that "the sovereign rating usually acts as a ceiling in the national economy and, as a result, the rating structure of the rest of the country goes down."

Escolano has said that "ending the segmentation of European financial markets is essential because if it is fragmented on a national basis, we have the disadvantages of fixed exchange without an integrated financial market," which he described as "absurd" in the eurozone. In his opinion, "the origin of this is the interaction between bank risk and sovereign risk" and the solution is "an explicit commitment to irreversibility of the euro". However, "this will only really be achieved by creating a banking union, a model that is on the table and that is the solution", he said.

Finally, the lecturer of the IE Busines School, Fernando Fernandez, has said that at this time "everyone agrees that the way out of this mess we have in Europe is banking union, the problem is that we do not agree on what a banking union really is". In his view, moving toward it "leads us to do it with three instruments: A single supervisor, a bank resolution mechanism, and a mechanism for allocating losses, for which we must have credible fiscal rules".

"The rules are common to all" Fernandez said, who added that "they are not made as an exceptional mechanism for certain 'sinner' countries but because it is the only way the system can move forward".

IE Professor noted that "what distinguishes the ECB from other central banks is the environment in which it operates: without safe and liquid assets, a banking regulator and supervisor, and a tax authority with which to have a dialogue". In this sense, he considered that "the eurozone is a unique thing in history, we have a single bank but not banking union and that cannot work, which leads to two corner solutions: either we nationalise the euro or we federalise Europe, and that takes us to fiscal union and to rethink political union issues".

Fernandez said that "Europe is increasingly marginal and investors may tire of waiting. My hypothesis is that this bridge, the banking union one, we either build it in three months or it will fall. And I think that we will build it because we've come a long way in a year to let it fall just because of a 'timing' problem".