Tuesday 2, at the launch of FAES' report on tax reform FAES Proposes Few Taxes, Low and Simple to Return to Growth and Jobs 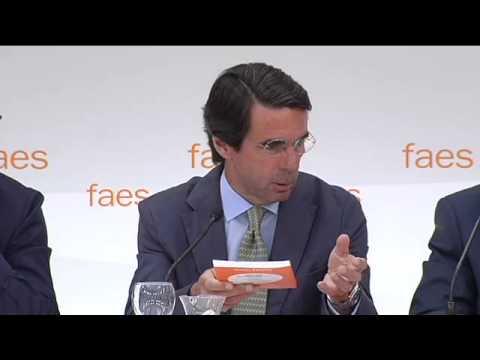 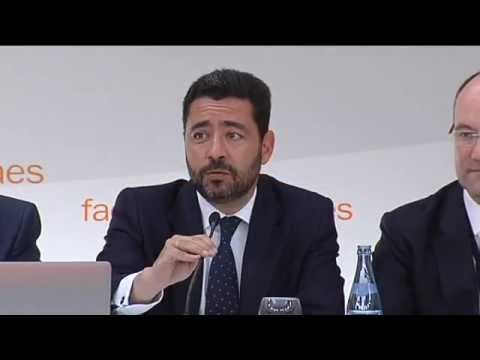 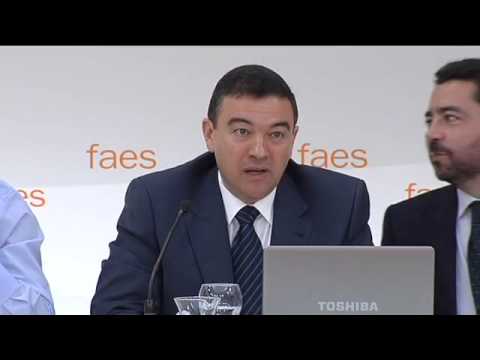 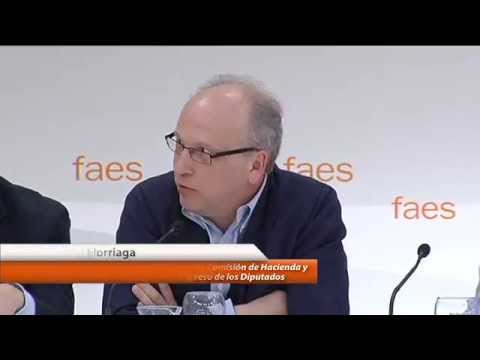 _ "It must be matched by the strict adherence to deficit commitments and, consequently, an ambitious program to cut spending"

_ The report is intended to "provide a deep, calm and effective reflection on the weaknesses and ways to improve the Spanish tax system"

FAES Foundation has launched on Tuesday 2 its report Una reforma fiscal para el crecimiento y el empleo, which calls for a tax structure with few, low and simple taxes.The paper argues that "any step taken toward reduced taxes and toward broader tax bases is a step in the right direction." Furthermore, Aznar asked for a fair and efficient tax system to improve growth and competitiveness. |Download the report (in Spanish)|

The new report, led by the head of Economics and Public Policy at FAES Foundation, Miguel Marin, specifies the keys necessary to "address a complete overhaul of our tax system, in order to accelerate a return to a path of growth and employment development, while ensuring tax collection adequacy for a new balance level between public collection and expenditure. "Also, the text "offers alternatives to successfully address a modernizing reform to make it more equitable, efficient and less economic-activity-distortive".

The presentation has been made by the chairman of the Committee on Finance and Public Administration of Congress, Gabriel Elorriaga; and the Professor of Applied Economics at the Universidad Complutense de Madrid, Jose Felix Sanz; both of them coordinators of the document. The event, which took place during the Economics course of the 2013 FAES Campus, was also attended by the rest of the report's authors: the director of Political Economy and Public Finance at the University of Castilla-La Mancha, Juan José Rubio; the lecturers of Applied Economics at the Universidad Rey Juan Carlos, Desiderio Romero and Jorge Sainz; Professor of Public Finance at the University of Oviedo, Santiago Alvarez; and UDIMA finance lecturer, Salomon Aguado.

This report is the result of the work carried out by first level experts for over a year and of numerous seminars. "Una reforma fiscal para el crecimiento y el empleo" seeks to "bring –in more than two hundred pages– a deep, calm and effective reflection on the weaknesses and ways to improve the Spanish tax system." All of this with the aim of detecting "elements to be reformed that allow, on the one hand, a more vigorous economic recovery and, on the other hand, to permanently contribute to the medium-term consolidation of a strong and stable economic growth, with a high potential to generate employment."

In any case, Miguel Marin said during the presentation, the introduction of reforms "must pace themselves to the process of controlling public expenditure and to the fullest compliance with deficit reduction commitments". "This is the only way to perceive the progression as a permanent reform and thus realise their full potential to stimulate growth" he explained. In this regard, he added, "tax is one of the main structural reforms pending that should not be delayed".

The text is divided into three distinct parts in which it addresses "the theoretical and technical fundamentals of the relationship between public spending and economic growth"; analyses the "different tax figures of the tax system from the perspective of the taxable events that justify them"; and concludes with a "reform policy proposal, consistent with the technical substrate that precedes it".

During the presentation of the document, Miguel Marin explained that "three powerful reasons require a complete overhaul of our tax system." First, he pointed out that the one we have today, "seems unable to provide the revenue needed to sustain public spending" and stated that "the public allocation of resources should be contained within limits that enable the free expression of social dynamism and full respect for individual development".

Second, Marin said that "the Spanish tax system is grossly unfair" because "some of the decisions taken to try to keep collection stable have concentrated the tax burden on the wage-earning middle class". Finally, he said that our tax system "is profoundly inefficient" due to the "serious disincentives to investment and the very heavy tax burden weighing down on job creation. "In this regard, he concluded that "the reform of the tax system should be designed to encourage the creation of tax bases, the only reasonable channel to achieve revenue enhancements in the medium term."

In Una reforma fiscal para el crecimiento y el empleo, FAES also specifies that "tax reform in Spain must be based on solid and proven parameters a combination of collection sufficiency and economic efficiency".

The Foundation explains in the report that it is "necessary to limit the scope of some formally redistributive structures that do not offer the expected collection results and severely hamper economic activity." In addition, it specifies that "the search for greater efficiency requires building a tax system that's as neutral as possible from the point of view of the allocation of economic resources performed by the market", and stresses that "it is necessary to reduce as far as possible the distortions that are inevitably generated by any tax".

The document also states that "the demand for grater justice in the tax system should now focus on the fight against fraud" and indicates that "a simplification of the system should be a guiding principle for reform." "A system is better the lower the resources required for the preparation and cumplimentation of procedural and substantive obligations of taxpayers" on this issue.

To do this, Una reforma fiscal para el crecimiento y el empleo proposes "to create a more attractive environment for savings and investment, and stimulating job creation by reducing the 'tax gap' between the gross cost to the employer and the net salary received without taxes and contributions. "Furthermore, FAES points out in the document that the reforms should pursue to "reduce individual tax burdens, in particular the one that's now weighing down on the wage-earning middle class; to support the family as a fundamental element of the social structure, and the strengthening of the Tax Administration".

In this sense, Miguel Marin stated that the "reform should focus on direct taxation on personal income and on societies' profits," and therefore considers that the system must "adapt the personal income tax to the real economic capability of the taxpayer; complete the dualisation in the taxation of capital income by eliminating the current escalation, and encourage various instruments for long-term saving." He also highlighted the need to "discount the nominal gains only taxing real returns, review tax benefits in income tax, and reduce the current number of sections of the tax rate as well as tax marginal rates."

FAES report also proposes to "strengthen the means to fight against fraud, particularly in the field of VAT and international taxation, prudently review the catalogue of goods and services that are taxed at a different VAT rate than the general products, and reduce the scope to estimate systems of bases and quotas, both in the income tax and in VAT". Also he sees a need "to reduce or eliminate the significant incentives that have been received until now from foreign funding and move toward a global tax on business income."

Similarly, Una reforma fiscal para el crecimiento y el empleo makes a bid, among other things, for "a tax on financial activities against one on transactions", as well as the elimination of the "estate tax, as it generates considerable distortions, is inequitable, provides few resources and does not meet the redistributive objectives it seeks." With respect to corporate tax, it proposes to "move decisively toward the expanding of bases and the elimination of deductions". The text also states that, "for reasons of equity, the inheritance tax must be harmonised across the country, expanding the tax bases and increasing the minimums exempt from taxes."

With this new report, FAES asks, in short, for "an urgent and essential structural reform, perfectly aligned with the considerations and recommendations made by the European Union and capable of enhancing the growth rate of the Spanish economy." "Growing to create jobs should be the motto to lead us in the next stage and we can only make it happen with a tax system that reliable, fair and more efficient than the current one" Marín concluded.