Gómez de la Serna: “There is not the slightest possibility of reaching an agreement with the Catalan nationalism” 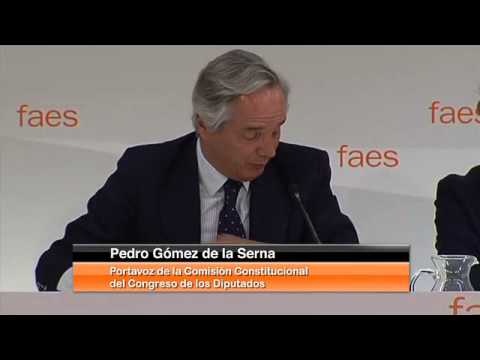 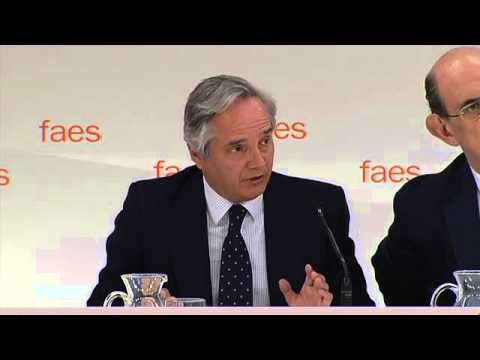 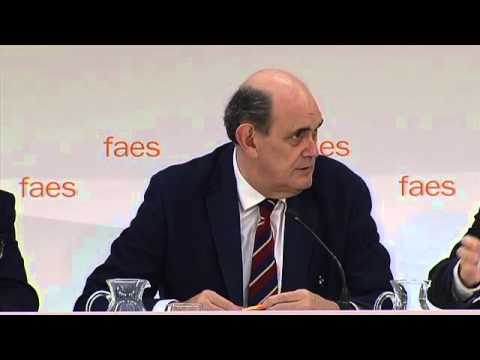 _ “It is not possible to respond against the secessionist project only with legal acts. A process can only be balanced out by another that leads it to a dead end”

_ Astarloa: “Those who keep saying that ‘democracy is above the law’ are breaking democracy, the law and the Rule of Law”

Pedro Gómez de la Serna, the spokesperson for the Constitutional Commission of the Spanish Congress of Deputies, , stated that “there is not the slightest possibility of reaching or negotiating an agreement with the Catalan nationalism, and we have to accept it and manage this issue politically”, at the FAES Campus. According to him, a secessionist process that is “perfectly structured and irreversible” as the Catalan one “can only be balanced out by other parallel process that leads it to a dead end”.

According to the PP party Deputy “secessionism is the only scenario that cannot become a reality and that is not going to happen and we have to convey this to people who are involved in the secessionist process”. “We are now in the most dangerous moment for Spain since 1975 and this is the most serious situation we are going to face”, he stated.

This morning Gómez de la Serna took part in the first session of the 2014 FAES Campus course “The Territorial Constitution and the Secessionist Challenge”. Previously, the Director of FAES Foundation Constitution and Institutions Department, Ignacio Astarloa, gave the opening speech in which he summarised the main points of the course, among them, the secessionist challenge raised by nationalisms, the validity of the Constitution and the reform alternatives proposed.

According to Astarloa, the proliferation of “extravagant third ways” makes necessary to think about “what we are talking about when we refer to the constitutional reform”. And regarding the Catalonia Government’s advisory plans, he added that “people who keep saying that ‘democracy is above the law’ are breaking democracy, the law and the Rule of Law”.

Gómez de la Serna stated that with regard to the lack of a possible mutual understanding with the Catalan nationalism “neither a new fiscal agreement, nor a regional one in terms of financing would help; not even if Duran intervenes and fixes it, and adopting a new statute that is not completely unconstitutional would not help either”. “It is not possible to respond against the secessionist project only with legal acts. One process can only be balanced out only by another. I am not speaking about provoking a confrontation, it would be a mistake”, he stated, even if he pointed out the need “to perform a parallel process that will lead Catalans to a dead end”.

“Secessionism is the only scenario that cannot become a reality and that is not going to happen and we have to convey this to people who are involved in the secessionist process. They should give up hope”, stated Gómez de la Serna. However, he explained that the Catalan secessionist project is “perfectly structured, it sets a real agenda for independence and is completely irreversible, which complicates risk assumption, the first in the list is the social fragmentation that is going to arise”. In this regard, he stated that “Mas does not control the process anymore, which was planned by Esquerra Republicana de Catalunya [the left-wing republican pro-independence party], and therefore nothing should be expected from him”.

“The whole secessionist project revolves around an impossible promise, a legal lie that will lead Catalans to frustration, which is the right to decide as an update of the peoples’ right to self-determination”, Gómez de la Serna stated. Recognising this right to Catalonia “would infringe the Spanish, Community and international law”, he assured.

Gómez de la Serna also defended the validity of the constitutional model and the State of Autonomous Communities. “The constitutional model is well above some of the deviations it has suffered”, he highlighted. “It is not the original design of the Constitution that has failed, but a particular perception of politics, the degradation of constitutional values, the abandonment of the ambition of being a country and the replacement of this with greed for power, quoting Unamuno”, he added.

With regard to a possible reform of the Constitution, he stated that “what we are discussing is not whether we can reform the Senate, enumerate the Autonomous Communities or introduce the reality of the EU”. “The real discussion is whether it is possible to carry out an in-depth reform of the Constitution, whether the conditions are met; whether the pillars, which are the two great parties, are in a position to do so with very few guarantees. The PSOE party is not, and it is not a matter of creating more problems than Spanish society already has”. Therefore, he stated, “If this is not possible, since it would imply replacing an imperfect model with an impossible one, we will have to find a way to readjust the current model”.

According to Gómez de la Serna, “Spain had a territorial problem in 1978 and the Constitution gave an imperfect but reasonable solution”. “Let us avoid kicking the Constitution, which is a very Spanish thing to do, and let us not demonise the autonomous communities system, which is no more than a fundamental subsystem of the constitutional system without which some of the system’s achievements would not have been possible”, he stated.

In this respect, he said that the territorial problem has arisen again due to a combination of “mismanagement of the model and the constitutional disloyalty shown by nationalism”. “How could we reach an agreement with parties that were negotiating with ETA or signed the Tinell pact?”, he recalled.

In this respect, Javier Fernández-Lasquetty, PP Deputy in the Assembly of Madrid, assured that “if PSOE had not done everything they could to ensure that the PP did not return to power this situation would never have happened”. “From that moment onwards everything has unfolded”, he said, and added that “the fact that Spanish socialism does not have a clear idea of its own homeland is very serious”. “The most serious problem of all previously mentioned is the fact that Spain, and Catalonia within it, are on the verge of break-up”.
Gómez de la Serna: “No existe la más mínima posibilidad de acuerdo con el nacionalismo catalán”