Aragón Reyes: “The ‘right to decide’ is unconstitutional and cannot find shelter in any reform” 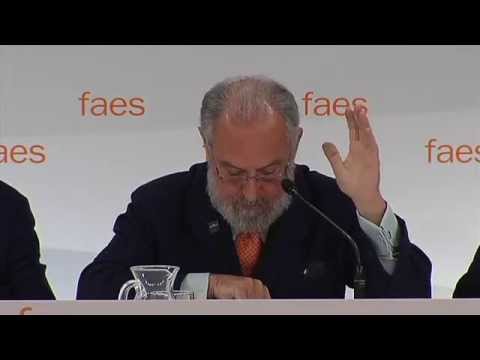 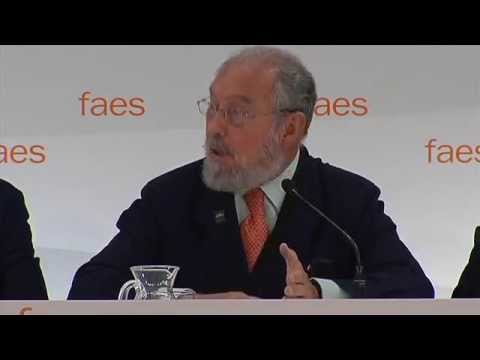 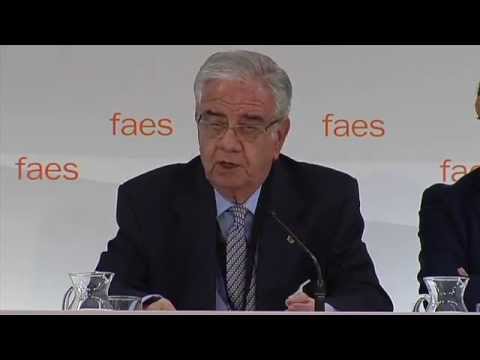 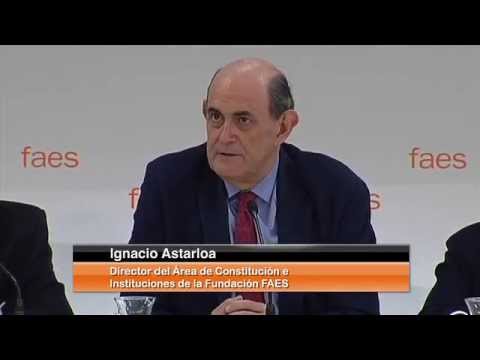 _ “The real problem of the [Catalan] referendum would not be the hypothetical result, but recognising that it can be done”

_ Rodríguez Arribas: “if circumstances force to apply a Constitution precept, it must be done, otherwise we are deliberately transgressing”

This morning Manuel Aragón Reyes, Professor of Constitutional Law and former Judge of the Spanish Constitutional Court stated at the 2014 FAES Campus that “the euphemistically called ‘right to decide’ is openly unconstitutional and cannot find shelter in any legal reform”. “No constitution permits or can permit the secession of part of a national community just because said part is willing to break away from the rest of the country”, he highlighted during his ‘Constitution and Secession’ address.

Aragón Reyes stressed that “every Constitution is based on the unity of the Nation and therefore cannot empower one part to decide for the whole”. “The right of self-determination is incompatible with every constitution and cannot be attributed with any reform” he added.

Therefore, he insisted that “in our constitutional system, there is no right of self-determination that can be entitled by part of the State, however federal it may be. Only the sovereign, the Spanish people as a whole, can make use of the nation itself, its composition and definition”. Decisions on this matter “can only be taken by constituent powers, not the constituted ones”, he stated. “Regional power is not sovereign power, and this is an unequivocal statement for Constitutional Law”.

“The only referendum permitted by the Constitution is the one referred to in article 168, and that is crystal clear”, the professor highlighted. According to him, the referendum proposed by the Catalan Government “is constitutionally impossible”. “Arguments based on the premise that the result of the referendum might not be independence are not acceptable, because that is just a hypothesis and for a fundamental reason as well: it is a legal problem”, he stated.

THE WHOLE NATION DECIDES
Therefore, according to Aragón Reyes, “the real problem of that referendum would not only be the hypothetical result but also recognising that it can be done, which would imply admitting that a part of the Nation can express their will to break away from the rest, and that is forbidden by the Constitution”. However, he pointed out that “the Spanish Constitution allows the territorial secession. Not the right to secession, but the act of secession, the split of part of the territory”, by following, of course, the Article 168 procedure. “What affects the community can only be decided by the community”, he stated.

“The constitutional procedure is not only a limit but also a guarantee”, he stated in this respect. And he pointed out that “it would be illogic to consider the ambition of a goal as licit, whose consequence is illicit”. “Pro-independence parties are constitutional exactly because the will of independence can be reached within the Constitution. And here the reform initiative is attributed to the regional Parliaments”, he explained.

The Former Judge of the Spanish Constitutional Court stated that he regrets listening to statements which argue that “everything that people politically want to be constitutional is constitutional”. “It is exactly the contrary. If it was as said, the Constitution would be a blank paper where politicians could do want the want. In this way a country does not have a constitution”, he stated before affirming that “the Constitution must be taken seriously”.

Aragón Reyes also claimed that it remains true that “we have territorial problems, it is the time of great politicians and of great constitutionalists to defend the numerous values enshrined by the Constitution and the numerous margins of reform that, within it, can be undertaken”.

INFECTIOUS NATIONALISM
The Judge of the Spanish Constitutional Court and former vice-President of the Spanish Constitutional Court, Ramón Rodríguez Arribas, chaired Aragón Reyes’s conference and stated that “if circumstances force us to apply a Constitution precept, it must be done, otherwise we are deliberately transgressing”. “We cannot allow Spain to be amputated again. Nationalism is infectious and imperialist. Spain would disappear as a historical reality and this would affect the European Union”, he warned.

“Spain is not conceivable without Catalonia”, he pointed out and he stated that secession would imply an economic and historical disaster. He regretted that “they distort history, because it does not suit them, and unfortunately we have not answered them back”.