Negotiations between Greece and the Eurozone; the consequences for Spain, the lessons from the crisis, were among the issues discussed II MESA DE ECONOMÍA FAES | ‘Grecia y el futuro del euro’ 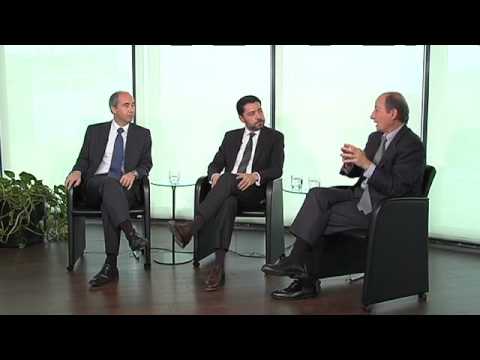 _ Fernando Fernández: “The Euro is sustainable and needs to be permanent in its current state, but no one can prevent a country from committing suicide”

_ Manuel Balmaseda: “The worst scenario for Spain’s interests would be an extensive negotiation, it would be even worse than the Greek euro exit”

_ Miguel Marín: “Greece’s main problem is not debt, which is being used by the government as the bait to achieve other goals”

The FAES Foundation has celebrated the second edition of its ‘Economy Table’, on the subject of Greece and the future of the Euro, attended by the director of the Chair in International Finance System at the IE Business School, Fernando Fernández, and the Chief Economist of CEMEX, Manuel Balmaseda. Moderated by the director of Economy and Public Policy of FAES Foundation, Miguel Marín, they have exchanged views about the potential evolution of the negotiations between Greece and the Eurozone; the consequences for Spain and the monetary union of an eventual Greek euro exit, and the lessons that should be learned from the Greek crisis.

The ongoing negotiations between Greece and the Eurozone mean for Fernando Fernández: “the test of truth to the monetary union”. “The Greek Government has laid out an ultimatum to Europe impossible to satisfy”, he argued. “Greece is suggesting that a country should remain sovereign within the monetary union, choose its fiscal and economic policy, and that the partner countries should accept to refinance it. That cannot happen and that it is the issue now at stake”, in his opinion.

Fernández has analysed in these terms what Miguel Marín has described as “the existing dilemma between the potential Greek euro exit and its stay at the expense of Eurogroup’s concessions, which would be detrimental to the nature of euro as an instrument of economic discipline”. In this sense, Balmaseda argued that “the best idea would be to solve the Greek problem inside Europe and thus strengthen the European rules”. “Giving in to Greece would mean bread for today, hunger for tomorrow. At some point, Europe needs to stand up and say ‘these are the rules’ and ‘you have to make a choice’, he added.

“The Eurozone’s credibility is at stake”, Fernández warned, in a moment in which “it seems that we have reached the point where the commitments undertaken by a particular Government are no longer binding”, according to Balmaseda. “The policies pursued by Spain and Europe need to be credible and sustainable, in time and in fiscal terms, and should be considered as truly national commitments, not only Government commitments”, he said. “Spain’s membership of the monetary union will cease to be questioned in so far as it is clear that the commitments undertaken are national commitments, regardless of the political scenario”, Fernández added.

EXIT FROM THE EURO
Balmaseda said that “the Greek problem has been isolated from Europe’s problem”. According to Fernández, “the Euro is sustainable and needs to be permanent in its current state, but no one can prevent a country from committing suicide”, in reference to Greece’s possible decision to exit the Euro. A decision that would be “legitimate”, to which the EU can today respond with better mechanisms than in 2008”, and before which it would be “powerless” other than stating that Greece “is sovereign to make its own decisions and to face their consequences”. Marín has elaborated on this issue emphasizing that “no one is expelling Greece from the Euro; Greece, on the grounds of a sovereign decision, would be leaving voluntarily”.

Anyway, and in the words of Fernando Fernández, the Greek crisis should enable the Eurozone to focus on the implementation of a centralized mechanism of fiscal decision and on the creation of an European Treasury. “For Spain the message should be that there are not shortcuts, that efforts need to be made in order to achieve results, and that the EU is a repetitive, recurrent game: you cannot slam the door today because the next day you will have to discuss many other things”, Balmaseda added.

INTERESTS OF SPAIN
During the dialogue both participants agreed that the worst scenario for Spain’s interests would be an extensive negotiation, it would be even worse than the Greek euro exit, although Balmaseda pointed out that “the exit would have an impact, it would not be good news”. However, in his opinion “any alternative for Spain and Europe that validates populist programs as Syriza’s isa bad thing”, to the extent that “the message would strengthen the populist options and because those who have been more orthodox could see their reforms questioned”.

Asked by Marín whether Spain’s stay in the Euro is still in doubt, Balmaseda has responded that “Spain in 2014 is not Spain in 2012”. “We are all examining positively Spain’s growth”, he pointed out because “the situation is really different. Destroying employment is not the same thing as creating it, and likewise being in an urgent need of doing reforms is not the same thing as being in a situation where the urgency is less extreme because markets are giving time”. “What concerns me is that we question as a country the validity of the reforms”, Balmaseda said.

GREEK DEBT
Regarding the Greek debt, the mainstay of the negotiations, Marín argued that “Greece’s main problem is not debt”, which instead “is being used by the Greek government as the bait to achieve other goals”. In this regard, Fernández has concluded that “Greece is making its way out of the recession thanks to adjustment policies. The EU program is not to blame for the situation, the culprit is the lack of economic measures implemented by the Greek governments in the last 20 years”, resulting in lack of growth, a heavy role of the public sector, prevalence of monopolies, appropriation of income… “Greece is the visible result of 20 years of the EU permanent subsidy in exchange for nothing”, is the description made by the Chair Professor of the IE Business School, which in turn was identified by Balmaseda as “a perverse system of incentives”. “Those are the problems that need to be tackled”, they concluded.