Today, at the 2015 FAES Campus Canal: ‘We must stay firm in the defence of democracy, legality and individual rights’ 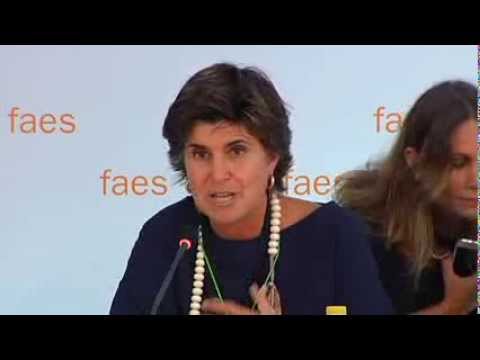 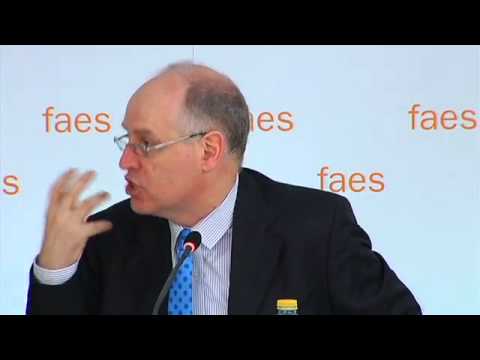 _ ‘With regard to Catalonia we have forgotten to do politics. There is a nationalist narrative. I miss the other narrative’

_ ‘Deconstructing the manipulation of language is an essential task .It is not the only one and it is not going to be enough, but we must do it’

_ San Gil: ‘They want to change history, to rewrite history in the sense that interests them, wipe out 50 years of terror’

The lecturer of the École des Hautes Études en Sciences Sociales of Paris, Jordi Canal, has stated today that ‘we must stay firm in the defence of representative democracy, legality and the rights of individuals’ against the attack of Catalan nationalism. ‘Peoples do not exist and do not have rights’, Canal said during his lecture at the 2015 Campus FAES, where he stated that ‘in Catalonia we have forgotten to do politics.’

‘There is a nationalist narrative. I miss the other narrative’, Canal regretted, adding that ‘we have not created a compelling enough story to tell that Catalan person lured by the idea that independence is going to solve his life that we have an alternative plan in which he can live comfortably’. ‘I would distribute blames’ he added about this. ‘Deconstructing and contesting discourses and the manipulation of language is an essential task today. It is not the only one and it will probably not be enough, but we must do it,’ he added.

According to Canal, ‘it is difficult to say where Catalonia is headed right now’ because ‘nationalists themselves are beginning to think that the road to independence is complicated, and it is impossible to go back.’ ‘Between the two options there are multiple paths. For some it is federalism, for others the reform of the Constitution. Our task is to rethink how we want to live together in the future’, he assured.

POPULIST INGREDIENTS
‘The populist discourse is at the basis of nationalism,’ Canal noted, for whom ‘Catalan nationalism is a populism in an era of populism’. ‘It includes all the ingredients of populism such as the antagonist, in this case the “Spanish State”, and the victimizing arguments like “Spain steals”, “the reason is on our side”, “Madrid is to blame”...’ he explained.

In the words of Canal, ‘if you add the crisis to the process of renationalisation of Catalonia you have the basis of the present moment’, supported because ‘the new generations of Catalans have a different view of the world.’ In his view, ‘we speak different languages when we say 'democracy is respecting the Constitution, the laws that we have established, the elections' and someone opposes 'no, democracy is letting people vote', even though they are voting almost every four years.’

These populist traits that underlie Catalan nationalism are also reflected, as he indicated, ‘in the growing Italianization of Catalan politics’ where the ‘economic discourse is added to the identity one against the central government, there is an entry in institutions of parties that protest against the establishment, and abundance populism that changes to a scarcity populism.’

With all this, he says, ‘since 2003, in Catalonia, there have been a number of governments dedicated to political projects that have undermined efforts to do what was expected of them, that is, to rule.’ ‘That's one of the great dramas of Catalonia, it has been without a real government for ten years, without leaders dedicated to rule.’ The result is, he said, ‘that Catalonia has lost dynamism and competitiveness.’

SIREN SONGS
For her part, the trustee of Villacisneros Foundation, Maria San Gil, said in her introduction of Jordi Canal that ‘BILDU is not a democratic party’ because ‘it is ETA's political arm’ and ‘does not even deserve to be called nationalist’. She also asked ‘not to believe in siren songs’ because ‘we have not beaten ETA’. ‘ETA has not delivered the weapons, it has not apologized, it has not been brought to justice, and all those prisoners who are out on prison leave and are not serving their time are not even cooperating to try to solve over 300 murders when we don't know who the perpetrator was’ she said.

‘The PNV is upset that ETA ever existed’ and wants to rule as if it had not, she said. ‘They want to change history, to rewrite history in the sense that interests them, wipe out 50 years of terror, erase 858 murders by ETA, erase thousands of injured, the Basque exodus, a society that has been a captive of fear for a long time, we have lived without freedom’ San Gil said.

Nevertheless, she stressed, ‘the PNV has managed to concentrate the greatest power in its history’ and set as an example the case of San Sebastian. ‘They had no intention of uniting their vote to take the town hall from BILDU, and this, rather than take its toll, has made them 'saviours'. The constitutional option did not exist,’ she noted, and added that ‘the lesser evil consolidates evil.’

San Gil also spoke about the lack of modesty of the PNV in Vitoria and described what is happening in Navarra as ‘dramatic’, where ‘the PNV has no shame in uniting their votes with those of BILDU and Podemos to ‘consolidate their political project aimed at rupture, which has served as an excuse for ETA to kill for fifty years.’