Closing Session of the 2015 FAES Campus 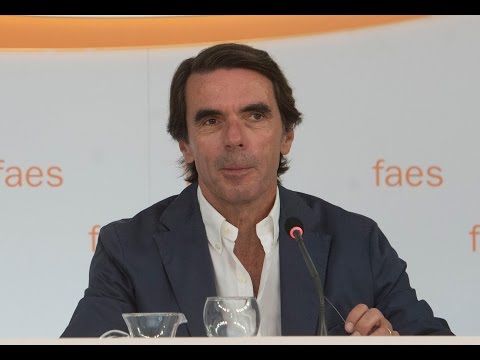 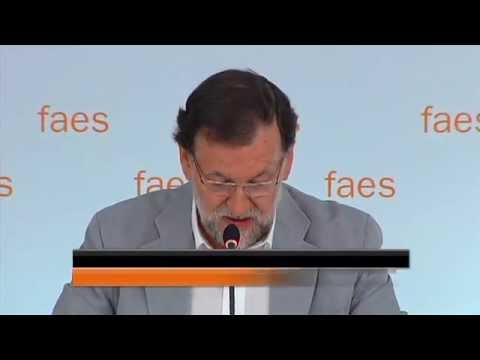 Aznar: "We are confident in the ability of Spain, in its historical continuity, in its vitality, in its European vocation and in its international ambition. We believe that the Spanish people have a great opportunity to promote a political and a virtuous historical moment about political stability, institutional strengthening, the reform drive, and an absolutely undeniable economic recovery to be consolidated and expanded. And that is what we want to offer and provide substantially to the Spanish society and with this we expect a great triumph for the future of Spanish society.

Next year will be twenty years since the arrival of the Popular Party for the first time to the Government of Spain. Twenty years. And I would like to celebrate this in an atmosphere of great success of the Popular Party and after a great victory of the Popular Party in the general election. Because that would ratify that good decisions have been assessed and approved by the Spanish people, that the risks that Spain faces have been correctly assessed and addressed and that Spain can tackle the future with hope and with opportunities. Therefore, dear Mariano, we wish you much success, I wish you much success and we want you to have it".

Sobre Grecia: "The greatest problem has a political nature and lies in the consultation, on having organized a referendum. If the supporters of the 'no' win, the situation will be desperate; if those who favour 'yes' win, the situation will be almost desperate. But that is the consequence of convening a referendum as an instrument of extortion rather than a referendum on political clarification or no referendum at all. And, they should not forget that others also have the right to call referendums, and therefore things could complicate themselves in an unbearable way".