Tuesday, July 2, during the Economics course of the FAES Campus Round Table: Structural Reforms in Spain 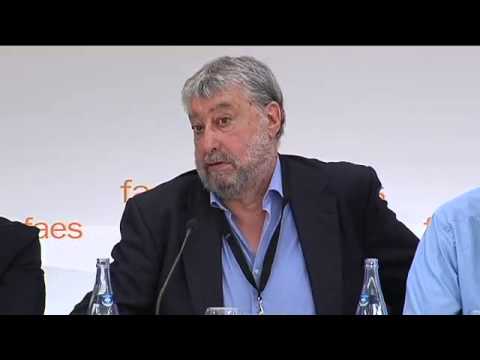 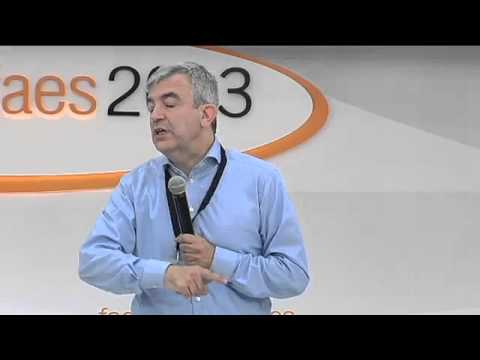 _ Garicano: "Although there is clear evidence of recovery and some adjustments are taking place, Spain has problems that still make the situation very serious"

_ Fidalgo: "The Government is working hard and making reforms in a difficult situation"

The Economics course of the 2013 FAES Campus has ended with the conclusion of the round table 'Structural Reforms in Spain'. The table was introduced by the journalist Carlos Cuesta, and the speakers were the Professor of Economics and Strategy at the London School of Economics, Luis Garicano, and the President of the Business Forum at the IE Business School, José María Fidalgo.

During his speech, Luis Garicano said that "Although there is clear evidence of recovery and some adjustments are taking place, Spain has problems that still make the situation very serious," for which reason he advocated "the persistence and need for structural reforms". In his opinion, "issues that limit economic growth" are mainly related to "human capital, services and institutional framework".

In this sense, Garicano argued that "the policy response to the problem of human capital has been insufficient" and "we must deal with the loss of competitiveness by training the unemployed and changing the education model." In his view, one of the current weaknesses is "the lack of European institutions, because of the existing jam between banks and States", therefore he stressed that a "'cheap' banking union does not work" and that "Europe needs to do a real structural reform in order to grow." Furthermore, he referred to the political and institutional deterioration and noted that "it is difficult to confront it without economic growth, as this allows greasing the wheels".

In addition, according to the Professor of the London School of Economics, one of the major current problems is that "credit is not flowing to families, as banks face enormous uncertainty and government borrowing has undergone a brutal increase when it decided to take on private debt, thus endangering banking support." "We have a lot of fiscal consolidation to go yet," Garicano said . He has also said that it is necessary to cut public spending and that key reforms are those relating to pensions, to the tariff deficit and to regions ".In this sense he noted that "it is essential to walk in the medium term to certain expenses and constant incomes so that the uncertainty feeling is not brutal for investment".

However, Garicano also stated that "the fall is stopping thanks to major advances in the adjustments of the private sector and the public sector", to which he added that "real estate prices are adjusting, labour flexibility has increased, the external deficit has been corrected and promoter credit is basically solved."

THE WORLD AT A CROSSROADS

For his part, the president of the Business Forum at the IE Business School, José María Fidalgo, said that "we are at an economic, social and political crossroads, not only Spanish but European and worldwide" and in this context, he endorsed the measures taken by the Government because they are "working hard" and "making reforms in a difficult situation." "Hopefully the crisis will help people adhere to the reforms with heart and head, not dragging their feet," he said.

Fidalgo, who also stressed the need to complete structural reforms, referred in his speech to FAES' tax reform proposal saying that he was convinced that the Government would undertake one in 2014.

He also stated that the reform of the labour market has been "a lonesome regulation, quite brave, which has reduced labour costs." He also recalled other reforms like the financial one, the public sector one and that of the pensions, of which he said that "The report submitted by the experts is a good report." With regard to the reform of the judiciary, Fidalgo noted that it is "necessary because Spain is a country where the judicial system needs a major cleaning." About the educational reform, however, he emphasised that it "looks set to fail".