Thursday, July 4, in Guadarrama The FAES Campus Reflects on Human Rights in the Arab Transitions 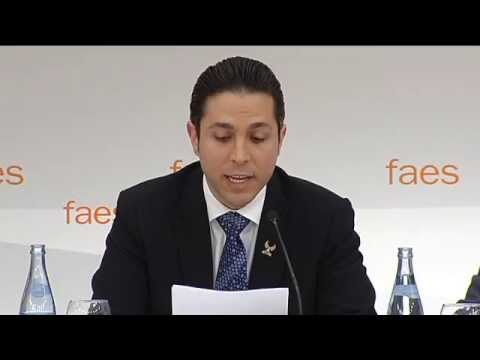 _ Al-Assad: "The solution in Syria needs diplomatic intervention to ensure that all social groups have a voice"

_ El Sadat: "In Egypt we want to start over with a new Constitution and a real democratic transition in which everyone can participate"

_ Salafranca:"What's happening in Egypt shows the failure of the Islamist movements that seized power in some of these countries"

The International Course of the 2013 FAES Campus ended with the round table 'Human Rights in Democratic Transitions', with the participation of the former minister of Foreign Affairs, Ana Palacio, and the founder and director of the Organisation for Democracy and Freedom in Syria, Ribal Al-Assad. At the beginning of the debate a video was played of the President of the Reform and Development Party and the Human Rights Commission in the People's Assembly of Egypt, Anwar E. Sadat, who had to cancel his participation in the Campus due to the current situation in Egypt.

El Sadat stressed in his statement, recorded before the coup d'État, that "Egypt is fighting for its freedom and national identity". "What we hope to achieve in the coming days is that the Army, the people and the political forces, including some Islamists, may start again with a new Constitution and a real democratic transition in which everyone can participate," he assured.

"It is time to say enough and demand parliamentary and presidential elections to be able to reach a consensus," the Egyptian politician said, who also expressed his hope that "this will be over and soon" and "in a peaceful and non-violent way, without clashes or conflicts." "We call on Egypt's friends to support this democratic change," he said.

El Sadat also emphasised that the Egyptian President until yesterday, Mohamed Mursi, "was elected legitimately, the polls spoke", however he also said that "his legitimacy is linked to respect for the Constitution and the law, as well as to the rights of minorities, which is not the case here." "We want Egypt to move toward the future," he said.

Ribal Al-Assad has described the real situation in which his home country, Syria, finds itself, of which he is an exile due to his "progressive views", he stated. "Right now, Syria cannot be further from a democratic solution," he regretted, because although the 2011 revolution was seen as an opportunity for openness and democracy, "what followed was a kidnapping by an Islamist convergence".

In this regard, Al-Assad lamented that the West should be "legitimising" the Syrian branch of the Muslim Brotherhood. In his opinion, the solution would involve diplomatic intervention by the Geneva Peace Conference, "in which all social groups that are now in Syria are assured that they will be heard."

The former Minister, Ana Palacio, focused her speech on analysing the role of the EU in the resolution of conflicts in the Arab countries. Palacio stressed that "what these countries need is foreign investment", and has exalted the credibility and confidence generated by the European Union, "and in that kind of situation the credibility and trust are worth a lot" she assured.

Therefore, she encouraged the EU "to use its strength in all multilateral institutions in which we have a voice to undertake large projects that vertebrate this neighbouring region, seeking clarity, knowledge, realism and, of course, the defence of our principles and our values."

José Igancio Salafranca, chairman of the Monitoring Group on the situation in the countries of the Arab Spring in the European Parliament, chaired the table. He stressed that "what happened yesterday in Egypt clearly shows the failure of Islamist movements" that seized power in some of these countries.