Friday 5, during the Constitutional Course of the 2013 FAES Campus López Blanco: "The Reform of the State is Essential to Consolidate the Foundations for Competitiveness" 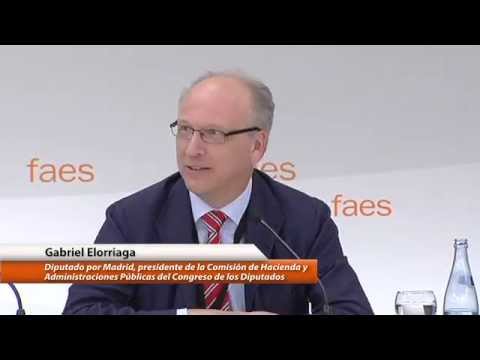 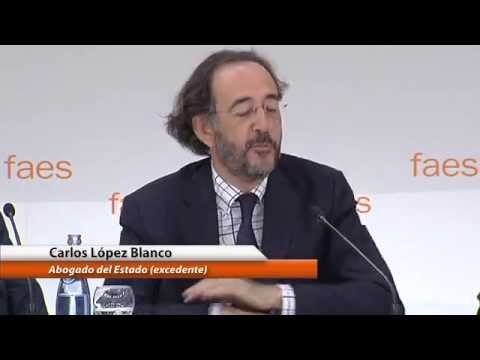 The state attorney on leave Carlos López Blanco has participated this morning in the first day of the Constitutional course of the 2013 FAES Campus, who stated that "a thorough reform of the state is essential to consolidate the foundations not of recovery, but of long-term competitiveness." "Countries compete not only with their companies but also with the role that their States play in society and their ability to adapt to the challenges of the 21st century," he said.

López Blanco has delivered a conference entitled 'State Reform Seen From Civil Society', included in the course directed by FAES director of Constitution and Institutions, Ignacio Astarloa, and introduced by the chairman of the Committee on Finance and Public Administrations of the Congress of Deputies, Gabriel Elorriaga.

López Blanco explained that what justifies the need to undertake a reform of the State are not "the usual reasons that are put forward: ie. That we have an expensive State and that the crisis requires its reform." "These reasons do not justify it," he said, because "it doesn't seems that the public sector is excessive" and because although "the crisis justifies what has been done, short-term adjustments in public spending, it would be irresponsible to undertake deep reforms for this reason."

In his view, "the economic crisis is finally leaving and the worst is being left behind". "Spanish society has made an extraordinary effort and the Spain we have today is better than the one we had before the crisis," López Blanco declared, who welcomed the labour reform and that of the financial system.

DEMANDS OF GLOBALIZATION
For Lopez Blanco, the true reasons for undertaking the reform of the State rest in the demands of globalisation, the challenges of which "cannot be ignored". "The global world makes the reform of the State necessary to avoid a petrification process of our society and economy," he assured. "We either reinvent the model of society and the State model, or if we insist on immobility the result for our country and future generations will be much worse," he said.

BATTERY OF CHALLENGES
López Blanco has listed in his speech a battery of challenges that, in his view, are facing the State and should be corrected through reforms. Among them he cited "finding a reasonably balanced and effective State" that "ensures the basic conditions for an innovation economy and global competitiveness" and "a public administration appropriate in size."

"The reform should also reconsider the territorial and funding model," he noted. He added that "we have a unique opportunity to rethink regional funding on the only viable basis: the correspondence between income and spending and restoring fiscal responsibility of the regions and local authorities before their citizens."

López Blanco has also pointed out the need that the State reform addresses the promotion of transparency and the digital challenge. "The latter is much more that computerising the State, and requires a new way of relating to citizens that demands an internal revolution based on speed and transparency," he said.

He also noted that "Europe is the framework for any reform of the State." In his opinion, "using the EU as a dynamism instrument is necessary" but "requires a new historical goal" and that "cannot be dome from immobility".