Saturday, July 6, in Guadarrama The 2013 FAES Campus Discusses the Reform of Democratic Institutions 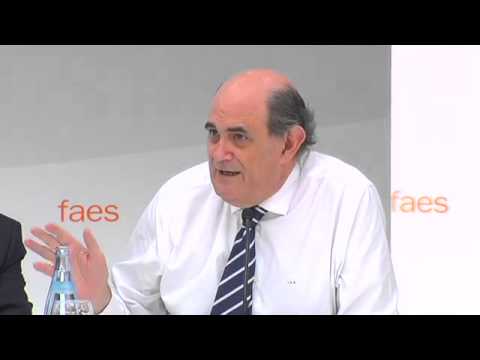 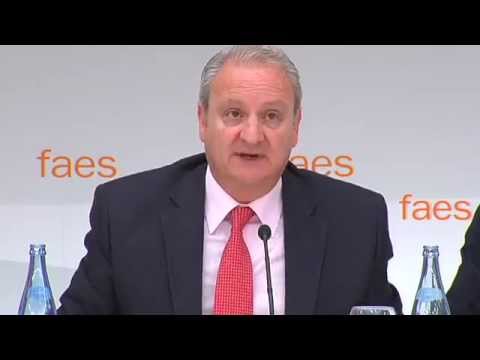 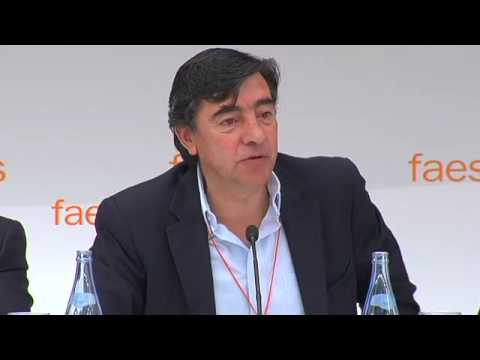 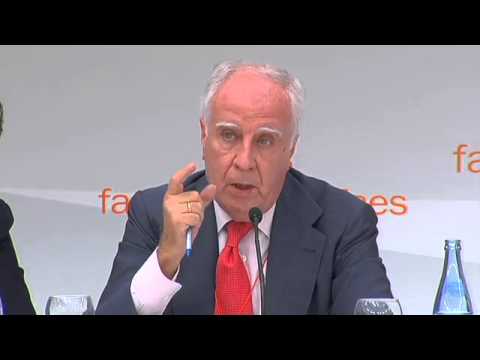 _ Román: "We must undertake a complete and radical reform so that the Justice becomes an important factor in the recovery of Spain"

_ Santamaría: In Spain "There is a general and unconscious tendency to rely on the State and hold it responsible for our well-being"

_ Bermúdez de Castro: "The democratic system is not in crisis, democracy is innocent; some past policies are not"

_ Castellá: "The basis of the relationship between representatives and the represented are in constitutional and representative democracy and in the Rule of Law"

Saturday, July 6, has started at the 2013 FAES Campus with the conclusion of the round table 'The reform of democratic institutions', which has hosted as speakers the Deputy Minister for Justice, Fernando Roman, the Professor of Administrative Law at the Universidad Complutense de Madrid, Juan Alfonso Santamaría, and the secretary-general of the PP in Congress, José Antonio Bermúdez de Castro. The Professor of Constitutional Law at the University of Barcelona, José María Castellá, chaired the table.

The Deputy Minister for Justice, Fernando Román, said that "we must undertake a complete and radical structural reform of our system of justice to contribute to make it a relevant factor determining the economic recovery of our country." In his opinion, the reform "must be based on three pillars, which are the Organic Law of the Judiciary and the laws on demarcation and size of the judicial staff, and Criminal Procedure."

"All three are 4-year projects" on which "in October or November of this year the Government will be able to issue its official position," Román underlined. In reference to the Organic Law of the Judiciary, he said that "the proposal that experts have on the table should have, to begin with, a positive judgement because it tries to accommodate Justice to the demands of the 21st century".

Román also stated that "Spanish judges are undoubtedly among the best prepared in the international arena, but that does not mean that we should not continue to improve", and in order to achieve this he said that we must "handle the structure of the professional career of judges" for the sake of a "greater specialisation".

The Deputy Minister also regretted the length of judicial proceedings and said that "society has come to the conclusion that the justice system is not exemplary. And that does not create confidence." "Our mandate from the Ministry is to promote initiatives that tend to minimize such damage to the trust of society," he assured.

For his part, the Professor of Administrative Law at Universidad Complutense of Madrid, Juan Alfonso Santamaría, said that "society's disaffection is the result of the economic crisis, increased by those who do not participate in it and determined by the general mentality established in the last twenty years of Welfare State". In this regard, he stated that ""There is a general and unconscious tendency to rely on the State and hold it responsible for our well-being," which he described as an "escape from self-responsibility", and added that "things are not like that anywhere in the world."

Regarding the crisis of institutions, Santamaría has argued that "the system we have is now much better than it was twenty or thirty years ago" and said that "the message that the constitutional model is exhausted is fallacious" because "although it has problems which must be cautiously reformed, there are no alternative models." He also referred to the electoral system and claimed the usefulness of the "proportional system to integrate all parties" and of "closed and blocked lists to build an artificially strong party system that did not exist" when it was drafted.

Finally, he referred to the Constitutional Court and the General Council of the Judiciary. With regard to the Constitutional Court, Santamaría said that it "has many internal functional problems, but they're all strictly technical" and its "problem of independence is partial, since it is not dependent on the appointment but on the nature". On the other hand, with regard to the General Council of the Judiciary, the Professor of Administrative Law has stated that "the main problem is its own existence" and, although he ruled out changing the Constitution, he did advocate "thinking about reducing its capacities" .

For his part, the Secretary General of the PP group in Parliament, José Antonio Bermúdez de Castro, said during his speech that "the democratic system is not in crisis" and that "democracy is innocent", referring to the attempts to destabilise institutions. "Some policies of the past have led us to have this situation, not these ones," he pointed out. "It is us who have to fix what others have spoiled, correcting imbalances so that Spain becomes again the land of opportunities that the Spanish deserve," he considered.

Bermúdez de Castro said that "this term of office will not only mark the economic recovery but also the democratic regeneration". In this regard, he referred to the Law of Transparency and Funding of Political Parties, of which he said "they have an obligation to be more open and austere". "The government is going to bring to the House a bill to control the economic activity of the parties that will provide new tools to the Court of Auditors so that cases that have occurred in the past are not repeated in the future," he added.

During the speakers' presentations, José María Castellá said that "a crisis between representatives and represented is taking place." "In this breakdown of the relationship, we find issues like an increasingly self-referential political world, lack of credibility and trust of citizens in politics in general and the most pathological of all: corruption", he said thereon.

In this sense, Castellá wondered "how to rebuild this relationship" and indicated that "the bases can be found in constitutional and representative democracy, in the Rule of Law". However, he said that "we will have to consider and reform some aspects, but fundamentally they are legacies that go far beyond the legal ones, they are cultural legacies that a part of our identity, of our collective heritage and which, therefore, must be preserved."

The Professor of Constitutional Law also referred to "the idea of citizen disaffection is very important." "Hence, he added, the need for the Constitution to accomplish its objective and the political community becomes precisely that, a political community." Finally, Castellá said that "the institutional crisis goes beyond the economic one, from which it follows that improving institutions and democracy can contribute to the solution of economic problems".