Saturday 6, at the closing session of the Constitutional Course of the 2013 FAES Campus Session on the Defeat of Terrorism and the Preservation of the Memory of the Victims 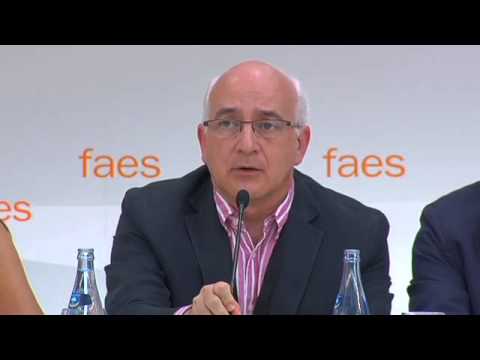 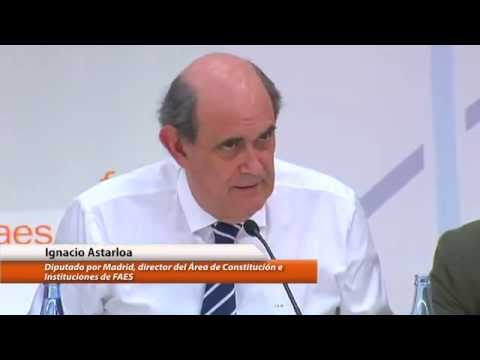 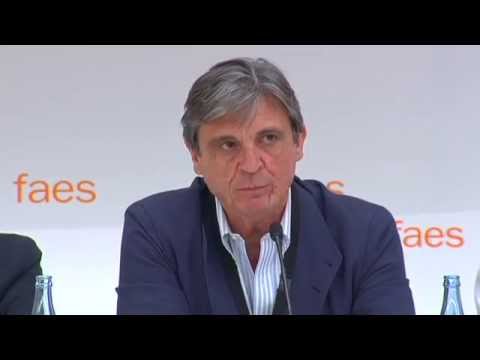 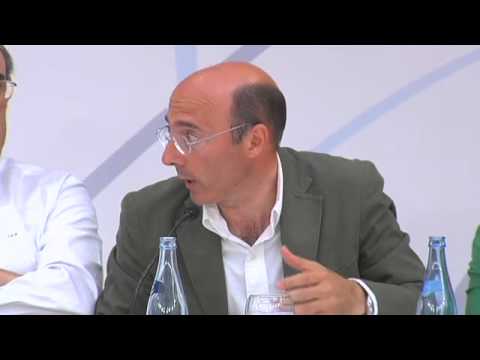 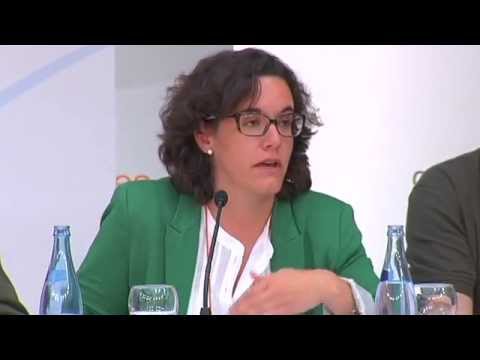 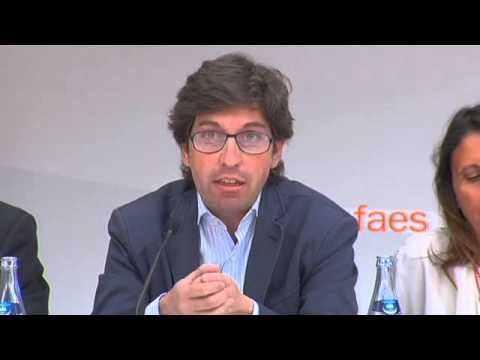 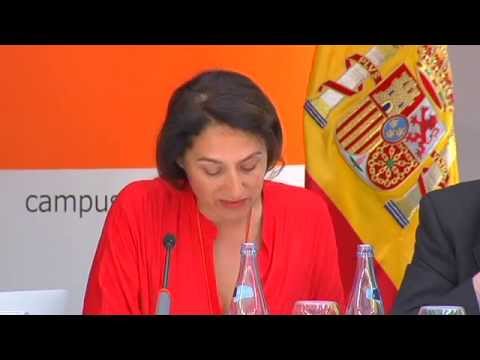 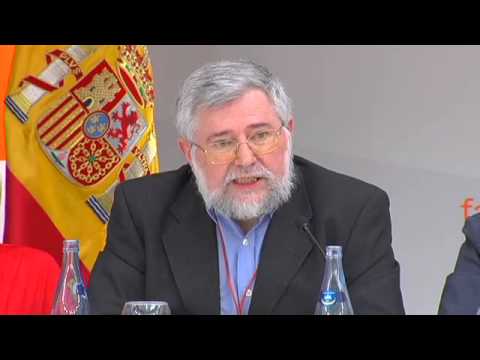 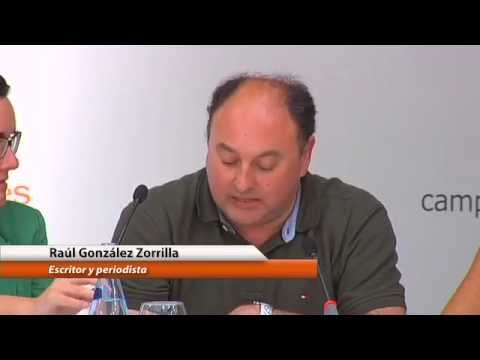 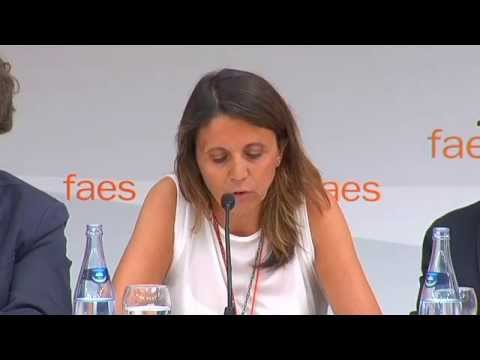 _ Javier Zarzalejos acknowledges the generosity of the victims of terrorism, "which is sometimes missed"

_ Ignacio Astarloa: "Many people want the end of terrorism but not everyone wants the same end"

_ Carmen Ladrón de Guevara: "The final defeat of ETA will be achieved by offering effective justice, justice with capital letters, to the victims of terrorism"

_ Rogelio Alonso stated that "significant opportunities have been lost," but that "it can be rectified: the question is whether there is a will to do so"

_ Ángeles Escrivá: "Those who agreed on the return of the nationalist left to the institutions forgot to set obligations of democratic behaviour"

_ Florencio Dominguez: "The State made a mistake by allowing the staging of Ayete's conference"

_ Raúl Gonzalez: "The ETA-Batasuna duo triumphed with regard to the political battle"

_ Ana Velasco: "We live in a constant offence, the defence of which by the Government is impassivity or silence"

_ Íñigo Gomez-Pineda: "Keeping the memory is essential because without it there is no justice and without justice, there's no peace"

The Constitutional Course of the 2013 FAES Campus ended on Saturday, July 6, with a session on the defeat of terrorism and the preservation of memory, organised in collaboration with Villacisneros Foundation. The afternoon began with the address of the President of the Foundation, Iñigo Gómez-Pineda, and has continued with a panel discussion with the lawyer Carmen Ladrón de Guevara, the Professor of Political Science at Universidad Rey Juan Carlos, Rogelio Alonso the journalists Ángeles Escrivá, Florencio Domínguez, and Raúl González, and Ana Velasco, member of the board of Trustees of Villacisneros Foundation.

In a brief introduction, the secretary-general of FAES, Javier Zarzalejos, stressed the moral and material generosity of the victims, "a generosity that is sometimes missed." Also at the beginning of the act, the FAES Constitution and Institutions director, Ignacio Astarloa, stressed that the end of ETA "is just as important" as the most important issues that are now being discussed in the political debate, and that "although many people want the end of terrorism, not everyone wants the same end. "

Carmen Ladrón de Guevara argued in her speech that "it is very important that now, when we are about to hammer the final nail to ETA, no mistakes are made in our course and that we clearly set the destination of where we want to end, and that should be working to make ETA's defeat final." "The final defeat of ETA will be achieved by offering effective justice, justice with capital letters, to the victims of terrorism"

In this sense, Ladrón de Guevara has asserted that "if there really is a clear will, that is also firm and courageous, things can move forward: you can find unsolved cases, you can remove court files to exhaust all possible sources before the attacks prescribe, you can apprehend the perpetrators, and ultimately, you can respond to the longing for justice claimed by the victims of terrorism with facts and not just words." "When this desire for justice doesn't exist, the elasticity of the laws and the ability to adapt them to the social reality of the moment comes in," she remarked.

Finally, the lawyer stated that "when we decide which model we should use to finish ETA off, we should do so based on the rigorous application of the law, always seeking justice for the victims." "It is necessary that we propose a model to the law and to justice, because if we focus all our efforts on the rehabilitation of terrorists and not on their victims' justice, these assumptions could end up being used by terrorists for very different ends," he warned. "We would be encouraging interested reinsertions in exchange for prison concessions and the risk is reintegration could end up becoming an open door to injustice and impunity," she added.

Meanwhile, Rogelio Alonso said that "significant opportunities have been lost," but that "it can be rectified: the question is whether there is a will to do so". According to him, "the government has the power to implement initiatives to consolidate impunity, because to this date, it is clear that, despite the fact that to the public they insist that there is no impunity, it is obvious that there is right from the moment that political representatives of a terrorist organisation are in institutions without condemning terrorist violence". "That mere presence is a clear impunity and a legitimation of terrorism", he underlined.

Alonso also said that "the government's anti-terrorist policy is contrary to the one it advocated in the past" and that when it came to power, it found "a complicated legacy because of the legalisation of ETA's political branch". Therefore, he stated, "the State has lost that strategic political advantage that was so important and that it achieved through a significant operational defeat of ETA, leading it to question the abandonment of violence and, therefore, leading it to a significant pressure".

RETURN TO THE INSTITUTIONS

The journalist Ángeles Escrivá has "completely agreed with Rogelio and Carmen", and stated that "those who agreed on the return of the nationalist left to the institutions forgot to set obligations of democratic behaviour". She also denounced the fact that "many assumed that upon definitive cessation harmony was more important than the consequence that there had to be winners and losers." "They bought the concept that a defeated enemy should not be humiliated and we are unnecessarily putting up with the offence of a bunch of 'bullies'" he considered.

Escrivá also noted that "their story is an attempt to legitimise themselves and that has consequences" and that "they do have a strategy." She also highlighted that "the work done on an international level by the nationalist left and ETA is the work of the century". In her view, "their propaganda, persistent and effective, is having international results and in the Basque social fabric as well; not just in theirs, but also with those who still don't understand that the only ones who have to be challenged and questioned is the ETA, that we should not demand the State to break a situation called blockade by them, in which as ETA has taken a step forward the government should respond with another."

Meanwhile, the journalist Florencio Domínguez explained that, since 2002 ETA has been permanently in crisis and that these crises were possible, to a large extent, by the outlawing of their entire political environment. He also said that "the State made a mistake by allowing the staging of the Ayete conference". Now, for the terrorist group "the most urgent issue is stopping the spreading of prisoners" and in a second phase, "contemplate changes to existing laws."

Domínguez explained that "the prisoners' sphere has opened a debate in June where they have already preset the red lines of the discussion: no repentance, no asking for forgiveness, the decisions taken will be collective, and rejection of what they call personal exits".

The journalist and writer Raúl González Zorrilla has focused his speech on the defeat of terrorism and said that the duo ETA-Batasuna "has triumphed with regard to the political battle." The present is "cruel" and society is eager to "move on, to forget history and receive the murderers with applause". This attitude, he assured, is being translated into requests that are "ethically indecent, appealing to a joining of forces between those who kill and those who die and demand those who have suffered most from the scourge of terrorism to forget."

As a victim of terrorism, Ana Velasco started by saying that "the defeat of terrorism is not only the neutralisation of their criminal capability but also of their influence, power, and control of society". "The defeat of ETA is its disappearance as a criminal group but also as a political group," he said and recalled the 1977 amnesty and the impunity with which the murderers of the first victims of ETA got out of prisons. "We live in a constant offence, the defence of which by the Government is impassivity or silence," she stated.

The government delegate in the Basque Country, Carlos Urquijo, was in charge of chairing the table. During the presentation of the speakers, Urquijo regretted that "in a time where everything is relative, and as there is no blood on the street, it seems that what matters is that they stop killing and that it doesn't matter how this film ends", and argued that "the government has done something".

Prior to the round table, the President of Villacisneros Foundation has introduced a video presentation of the book Cuando la maldad golpea, published bu said Foundation with the aim of "sensitising society to the problem of the victims of terrorism" .After watching the video, Gómez-Pineda recalled some of the experiences of victims over the past 52 years and insisted that "society was and is in debt" with them. "We believe that keeping the memory is essential because without it there is no justice, and without justice, there's no peace," he underlined.