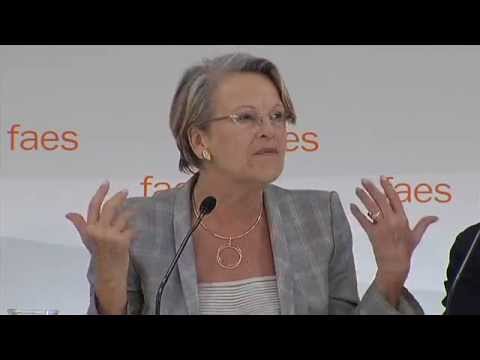 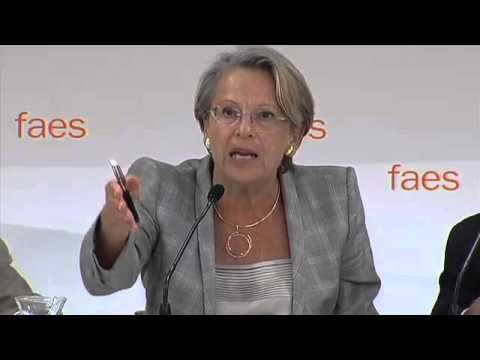 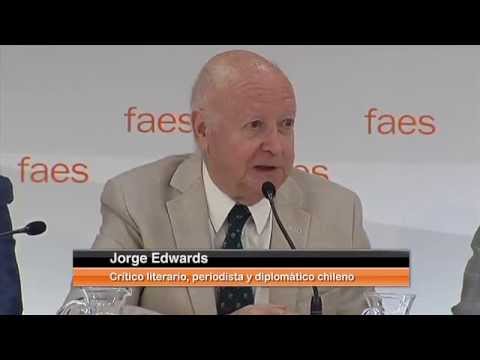 _ “The EU was, is, and will, or won’t be possible, depending on the Atlantic relation”

_ Aznar launched the A new Atlantic community: generating growth, human development and security in the Atlantic hemisphere white paper, launched set in motion by the Atlantic Basin Initiative and chair

_ “The Atlantic Initiative’s perspective is not geographical, but political, based on common values, and that goes from the South Atlantic to the North Atlantic”

_ Alliot-Marie: “the best way to progress in the Atlantic Basin Initiative is to make things that people can see, and make them to understand the values we share”

_ Vargas Llosa: “The Atlantic Initiative should aim at bringing closer all the countries that started to embrace the culture of liberty”

_ Edwards: “The Atlantic ideas are working well in the South American Pacific coast, because in the Atlantic coast there are problems”

José María Aznar, former Prime Minister of Spain and President of the FAES Foundation, launched today at the 2014 FAES Campus the A New Atlantic Community: Generating Growth, Human Development and Security in the Atlantic Hemisphere white paper, set in motion by the Atlantic Basin Initiative, chaired and launched by Aznar at the Centre for Transatlantic Relations of the Johns Hopkins University, of which he is a distinguished fellow. The paper calls for the redefinition of a new Atlantic community that includes South America, Central America and the Atlantic countries in Africa, based on the common values of democracy and freedom and that is well-positioned in the world.

Aznar explained that the idea behind this initiative is “not a geographical perspective, but a political one, based on values, ambitious and desirable”. “The initiative claims a leading role for the basin, incorporates the immense potential from the South Atlantic to the North Atlantic and looks at the Atlantic as a whole. The future Atlantic relation cannot only be based in History, but also in four pillars: Europe, North America, South America and Central America, and the Atlantic countries in Africa”, he pointed out.

“I do not agree with the idea of a declining Atlantic and a booming Pacific. The factors of stability that characterise the Atlantic are not going to take place in the Pacific for a long time”, Aznar stressed, and also mentioned the free trade and investment agreement that is being negotiated between the European Union and the United States. According to him, it is “the most important initiative on the EU’s table, if not the only one” as well as “extremely important in terms of trade and extremely significant from a strategic and political point of view”.

The Former Prime Minister of Spain defined himself as “a convinced Atlanticist for several reasons”. “I would find it impossible to explain Spain and Europe without the Atlantic. In my opinion, the EU was, is, and will, or won’t be possible, depending on the Atlantic relation”, he stated. “I believe in the Atlantic values of democracy, freedom and equality, I don’t believe them to be interchangeable and I believe they are better than others”, he argued, before adding other reason that leads him to be an Atlanticist, “the analysis of the global strategic situation: a time to reinforce, broaden and revitalise the Atlantic idea”.

ATLANTIC POTENTIAL
The white paper, A New Atlantic Community, stresses the immense potential of the Atlantic region which, despite the European demographic deterioration, has a young, dynamic and expanding population, and explains that it has one of the most important water, energy and raw material reserves of the world, and that most of its countries have adopted political institutions based on the values of democracy and freedom.

The paper, which Aznar had already launched in Washington and Brussels, encourages to build an Atlantic community supporting free and open trade and investment; promoting the access to an affordable energy; accelerating human development; boosting economic, educational and technical cooperation; human-dignity friendly and enhancing security; facilitating a favourable context for business; generating growth and a sustainable and conciliatory development and working for a culture of legality. Moreover, it establishes a shared engagement with democracy, good governing and human rights.

Michèle Alliot-Marie stated that “the best way to progress in the Atlantic Basin Initiative is to do things that people can see, and get them to understand the values we share”. “José María Aznar’s Initiative is visionary. We have an idea of the Atlantic relation, but not of the Atlantic community, of a common link of interest between continents”, she stated. Among these links, she highlighted, in addition to the numerous exchanges and interdependence, “risks such as the terrorist, drug and environmental ones, and strategy interests to balance the different demographical situations between the North and the South”.

Mario Vargas Llosa stated that the Atlantic Initiative “should aim to bring closer all the countries that started to embrace the culture of freedom”. “The great legacy of the Western culture is the culture of freedom”, said the Nobel Prize. According to him, throughout this period in which the elimination of barriers is a reality, “we do not have to understand the West in a purely geographical sense, but within a cultural context”. “It is difficult to make Atlantic Initiative a reality”, he stated, even if it is “ambitious, attractive and magnificent”.

Finally, Jorge Edwards stated that “the Atlantic ideas are working well in the South American Pacific coast, because in the Atlantic coast there are problems”. To develop them, “we have a chance in the Pacific alliance formed by Mexico, Colombia, Peru and Chile”. Edwards highlighted that “currently, the intellectual and youth hegemony turn their backs to dictators”, and that leads him to being “optimistic regarding Latin America, but moderate, because I have a sense of reality”. “Change will not happen today, but the future is that of freedom”, he stated.
Aznar: “El acuerdo de libre comercio UE-EE.UU. es de grandísima importancia estratégica y política”