On Wednesday 1, at the 2015 FAES Campus Catalá: ‘We are at a crossroads between the reformist centre and a project for rupture’ 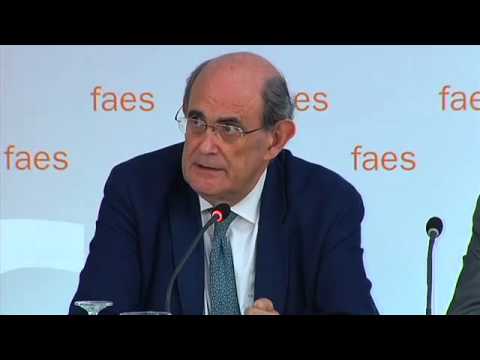 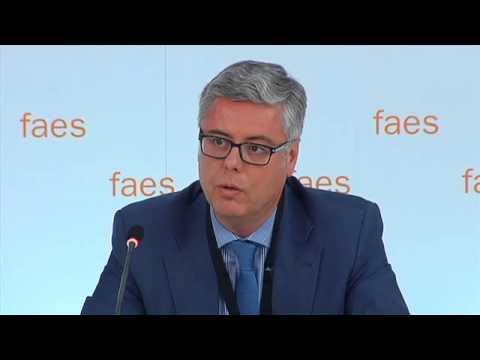 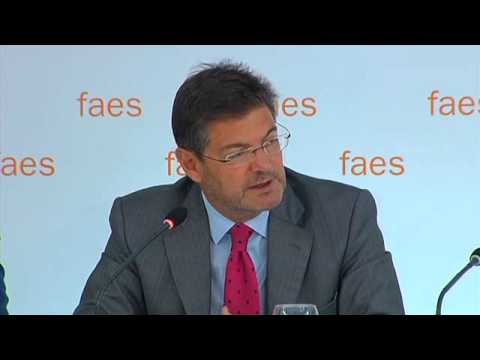 _ ‘It's about whether the Spanish people want to follow the Greek path or walk their own path, which they have managed to pave only after very hard work’

_ ‘We work in a justice of the people which is not a remote abstraction, but a public service’

Spanish Justice Minister Rafael Catalá, warned this afternoon at the FAES Campus that ‘We are at a crossroads between the reformist centre which has saved Spain from foreign intervention, bankruptcy and the exit from the euro against a project for rupture which is shaped after Bolivarian Venezuela’. ‘Reform versus rupture,’ he predicted in his speech on 'The reform of justice'.

Catalá also said that ‘the Popular Party and the government have the responsibility to contain the excitement that at this time threatens the viability of Greece as a solvent state through a government option that is rigorous, empathetic and that responds to the real needs of security, progress and welfare of citizens.’ ‘Needs that are never reached walking the dead-end road of rupture, but by walking the wide avenue of reform,’ he stated. ‘It's about whether the Spanish people want to follow the path of Greece or walk their own path, which they have managed to pave only after very hard work,’ he declared.

According to Catalá, ‘the fallacy that only direct involvement is legitimate and that the delegation of decisions in a democratic representative is not, has succeeded to the point that in Spain it has launched a Leninist left-wing movement that has grown under an assembly-type disguise until devouring United Left, moving ahead the Socialist Party and becoming the only real opponent of the Popular Party today.’

VALUES OF REFORMISM
On the contrary, the Minister has identified the values of reformism with those of the Popular Party, ‘values shared by most Spaniards before the onslaught of projects for rupture, both from the left and from exclusionary nationalism’ and that, in his opinion, they are ‘security, stability, individual rights, public and private freedoms and equal opportunities.’

‘We are before the task of finding a language that is close to the people, connecting with that social sensitivity, so that the silent majority ceases to be so and recognizes its own voice in the discourse of the Popular Party,’ he said. In this regard, he emphasized that ‘reuniting with the Spanish society will be relatively easy, because we speak the same language and reject the unproductive and traumatic path of rupture’.

UNPARALLELED REFORMS
Catalá said that ‘the reforms being implemented by the Popular Party to make public administrations effective and adjust them to their ideal size have no parallel in the history of our country.’ In this sense, he has discussed that ‘we work in a justice of the people which is not a remote abstraction, but a public service.’

‘The new Criminal Code, which comes into effect today, emphasizes the protection of certain groups, such as the victims of domestic violence, persons with disabilities, creators, minors, foreigners and minorities, for whom we have passed a pioneer Code in Europe’, Catalá said.

The minister defended the revisable permanent prison as ‘a necessary institution, that is reasonable, constitutional and fully European that is going to enable that those convicted of crimes of exceptional gravity will not return to society by the simple passage of time of their conviction but by assessing whether that person has been rehabilitated’. ‘Something as reasonable and logical as this, that already was in our electoral program, is now a reality and is directly supported by 75 per cent of citizens, against which some paradoxically announce they will appeal to the Constitutional Court,’ he added.

LEGAL SECURITY AND COEXISTENCE
In his speech, introduced by the spokesman of the Justice Commission of the Congress of Deputies, José Miguel Castillo, the minister admitted that ‘before this government measure I wonder what our opponents will offer.’ ‘What idea of legal certainty and coexistence some mayors have when they say they will not obey the law if they do not like it, or that they encourage the security forces in their jurisdiction to defer in proceedings to which they are summoned, or who play with the future of investments on which thousands of jobs depend, or not totally disavow councillors who trivialize the Holocaust and laugh at the victims of terrorism,’ he listed.

Also, in reference to the government’s relationship ‘with public services’, he assured that ‘we should be proud of these services that we carried to levels of excellence that no one else can guarantee, because in Spain the Popular Party has saved the welfare state and the public services portfolio.’ Catalá said that ‘When I see the mayor of Madrid traveling in Metro and making it a sign of political identity, I wonder who built the Metro which has become one of the best in the world.’ ‘It was not built by the left, but by the Popular Party,’ he stressed.